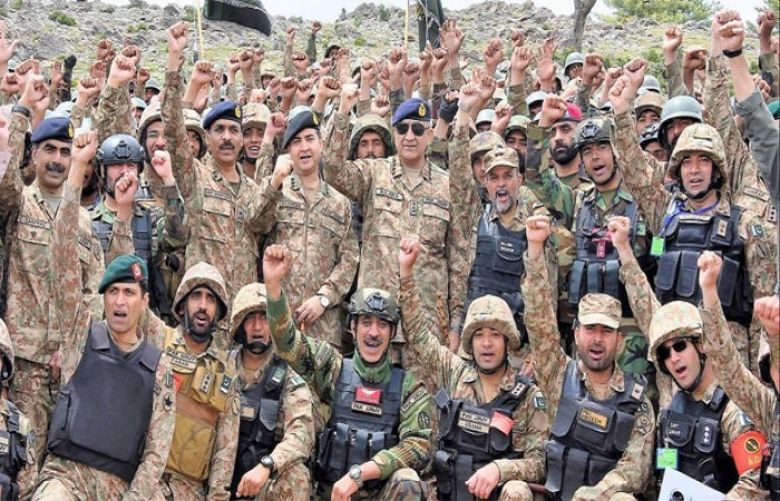 Chief of Army Staff General Qamar Javed Bajwa celebrated Eid-ul-Fitr with troops deployed along the Line of Control (LoC) and offered the day’s congregational prayers with those deployed on the frontline, said a statement by the military media wing.

COAS spent Eid with troops along LOC. “Best Eid for a soldier is to have pride for being on duty of defending the motherland even on such festive days away from family. For defenders of Pakistan, our first family is the Pakistani nation, then the ones back home”, COAS. pic.twitter.com/JHwNmGwjUW

The Inter-Services Public Relations (ISPR) added that special prayers were made for the peace and prosperity of the nation.

“Remember, for us, the defenders of Pakistan, our first family is the Pakistani nation, then the ones back home,” said the army chief as quoted by ISPR.

General Bajwa, while referring to the voluntary decision by the armed forces to cut defence spending, said the armed forces have taken the decision to “forego even the routine increase in annual defence budget”.

He added that the initiative is “not a favour to the nation as we are one, through thick and thin”.

The army chief said the cuts will have no impact on the response potential to all types of threats and the quality of life afforded to the soldiers.

“Foregoing routine inc in annual def budget is not a favour to the nation as we are one, through thick & thin. There shall be no impact on our response potential to any threat & quality of life of sldrs. No pay raise decision is also only for the offrs & not for the sldrs”, COAS. pic.twitter.com/ZzBA4O5NTU

“The no pay raise decision is also only for the officers and not for the soldiers. We shall manage the shortfall during the FY by tightening our belt in areas where it doesn’t effect the two aforesaid aspects.”

Earlier today, Prime Minister Imran Khan appreciated the “unprecedented” and “voluntary initiative” of the Pakistan armed forces to reduce defence expenditure for the next fiscal year due to the country’s financial situation.