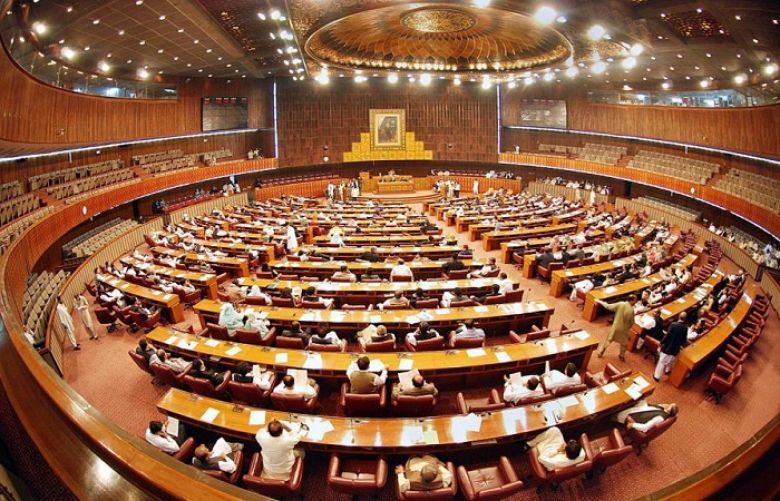 The ruling party once again failed in its attempt to pass two bills from the upper house of the parliament as opposition ruckus marred the Senate Session.

A session of the Senate was held here in Islamabad which presided by Chairman Senate.

As the session started, the opposition passed the ruling party proposed two bills before the house for approval. The bills contained to highlight a law for the Federal Employees Housing Society and the second was to approve the proposed amendments in the Islamabad High Court (IHC) act 2019.

However, the opposition’s member of the Senate Sherry Rehman and Javed Abbasi raised objection on the proposed bill and said that the bills needed a detailed review and cannot be passed hastily. To which, the members of the ruling party Azam Swati and Shibli Faraz said that the proposed bills are for the welfare of the masses so it should be accepted.

At which, Pakistan Peoples Party (PPP) leader Farooq H.Naek told the ruling party’s members that these bills should be passed in accordance with the rules of the country and will be reviewed it’s not completely rejected.

Senator Mustafa Nawaz Khokar, while addressing to the house said that the Islamabad High Court’s amendment will not be passed as the government’s anti-judiciary aims have already been exposed.a

On the other hands, the Senate has also approved the motion to condemn the registration of references against the honourbale judges in the Supreme Judicial Council.

Later on, members of the opposition partied gathered in front of the dice of the Chairman of Senate and marred the session. The chairman senate after the caused ruckus adjourned the hearing.