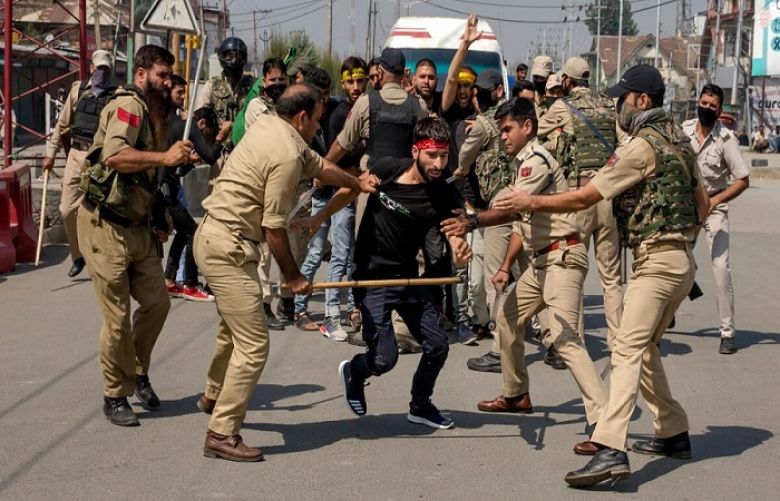 The group met with OIC Secretary General Yousef Al-Othaimeen in the chair in Jeddah.

Addressing the meeting, Foreign Minister Shah Mahmood Qureshi said Jammu and Kashmir remains the oldest dispute on the UN agenda. Generations of Kashmiris have seen promises made with them repeatedly broken and their dreams shattered.

Referring to the gross Indian atrocities in Occupied Kashmir, he said that in the aftermath of Pulwama incident, Kashmiris have been targeted by Hindu extremists with increased frequency.

Shah Mehmood Qureshi said when Kashmiri youth take to the streets, it is manifestation of their deep seated disillusionment and alienation from India.

He said Pakistan expects the OIC contact group to reiterate its call for sending OIC facing finding mission to investigate the gross violations of human rights.

He said we expect the OIC Contact Group to unequivocally reaffirm its abiding support for the Kashmiris and their struggle for right to self-determination.