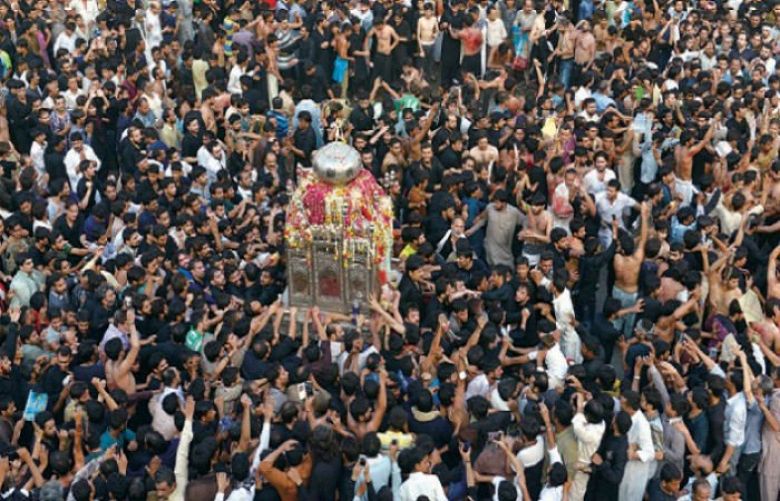 File Photo Security tightened across country ahead of Youm-e-Ali

Roadblocks and containers have been set up on Karachi’s MA Jinnah Road, Empress Market, Saddar and Preedy Street ahead of the Youm-e-Ali procession.

A search operation was also conducted by police and Rangers at Cantt Station, Rizvia Society, Jamshed Quarters, Lasbela and Patel Para neighbourhoods of the metropolis.

Youm-e-Ali, observed on the 21st of Ramzan, sees large processions across the country commemorating the martyrdom of Hazrat Ali (RA).

Security forces and traffic police in different cities of the country have prepared plans for peaceful observation of the occasion and smooth flow of traffic on the day.

The meeting decided that besides the security of Majalis and processions, strict security of all sensitive installations will also be ensured.

Strict implementation of the code of conduct was also issued by the Sindh government would also be ensured.

The masses have been advised to report any suspicious activity, to avert any untoward incident.

In Lahore, four-layer security will be provided by utilising all available resources for arrangements of mourning processions and Majalis.

More than 39,255 officials and volunteers will perform security on Yum-e-Ali (RA) across Punjab.

Sukkur Commissioner Sukkur Rafique Ahmed Buriro has ensured of foolproof security in the city and has directed special security measures at all mosques and Imam Bargah along with sufficient number of police personnel to ward off any untoward incident.

He further directed officials to keep a vigilant eye on suspicious elements and to make necessary arrangements for generators, streetlights and sanitation on the procession routes.