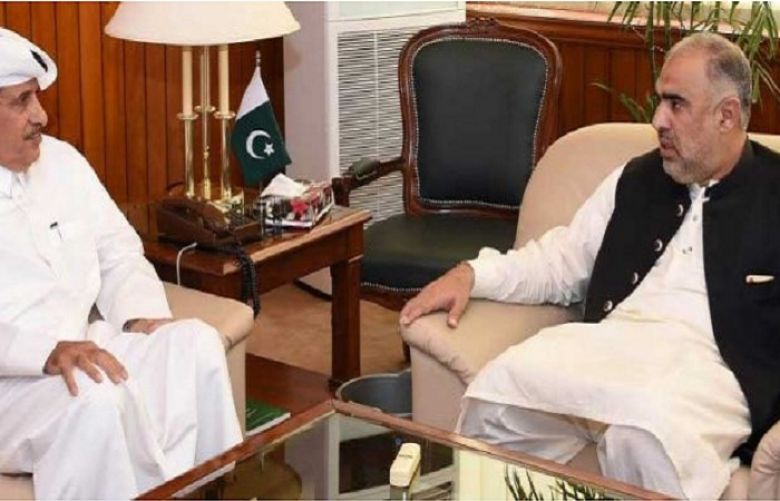 Talking on the occasion Speaker NA Asad Qaiser said that Pakistan gives major importance to brotherly relations with Qatar and wanted to strengthen it further through promoting parliamentary and economic relations with it.

The Speaker declared progress made at the occasion of the inter-parliamentary conference held at Qatar to overcome challenges faced by the region and its regional security is of vital importance.

Declaring Pakistan China Economic Corridor (CPEC) major milestone for the development of the region and said that completion of the projects under the CPEC will open new horizons of development and prosperity and will also add employment opportunities.

The Qatari ambassador Saqar bin Mubarak Al-Mansour at the occasion said that his country investors keenly interested in investment in various fields including energy.

He also ensured every possible cooperation from behalf of his government for strengthening Pakistan economy.