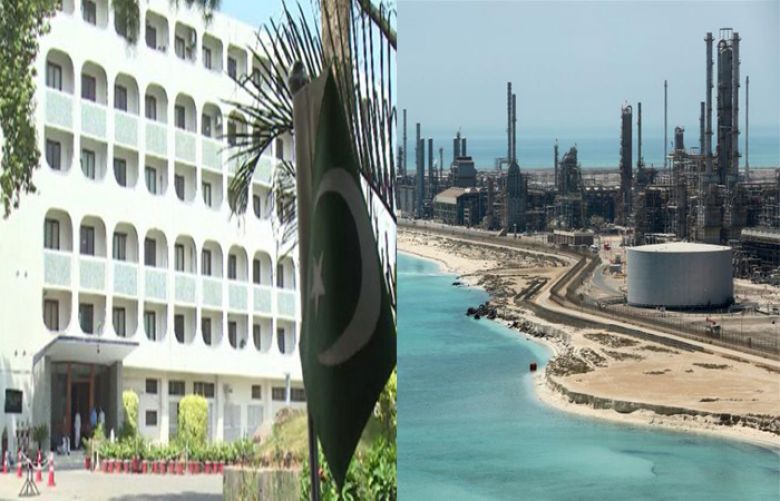 The Foreign Office in a statement said Pakistan expressed its solidarity with Saudi Arabia and reiterated its full support against any threat to stability and security of the Kingdom of Saudi Arabia.

“Pakistan condemns terrorism in all its forms and manifestations and reaffirms its commitment for continued efforts and cooperation with Kingdom of Saudi Arabia and the international community for its elimination,” it said.

Saudi Arabia, the world’s top crude exporter, said Wednesday that attacks on two of its tankers and a major pipeline targeted the security of global oil supplies.

Drone attacks claimed by Yemen’s Huthis shut down one of the kingdom’s main oil pipelines on Tuesday, further ratcheting up Gulf tensions after the mysterious sabotage of four ships, two of them Saudi tankers, on Sunday.

“The cabinet affirms that these acts of terrorism and sabotage … do not only target the kingdom but also the security of world oil supplies and the global economy,” it said after a meeting chaired by King Salman in the Red Sea city of Jeddah on Tuesday evening.

Tuesday’s drone strikes hit two pumping stations on the kingdom’s east-west pipeline, which can carry five million barrels of crude per day and provides a strategic alternative route for Saudi exports if the shipping lane from the Gulf through the Strait of Hormuz is closed.