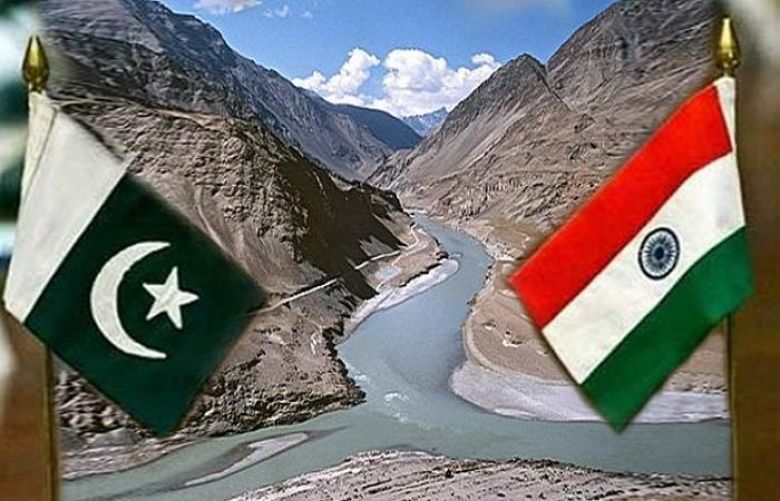 Foreign Office has urged the World Bank to fulfill its responsibility regarding empanelment of Court of Arbitration for resolution of water related disputes between Pakistan and India.

At his weekly news briefing in Islamabad on Thursday, Foreign Office Spokesperson Dr Muhammad Faisal reacted strongly to the recent statements of Indian leadership on the Indus Water Treaty.

The spokesperson said both Pakistan and India are signatory to the treaty but regretted that New Delhi is violating it. He said we are involved in the dispute resolution mechanism in the World Bank but lamented the matter has not been sorted out.

To a question, Dr Muhammad Faisal said that Pakistan has consistently been raising Kashmir dispute at all the international forums to highlight the plight of oppressed Kashmiri people.

When asked about terror attacks from the Afghan side inside Pakistani territory, the spokesperson said Pakistan has conveyed its strong reservations regarding continued presence of such nefarious elements in Afghanistan. He said we have also urged the Afghan government to take action against these elements.

The spokesperson said Pakistan has always advocated for peaceful settlement of the Afghan conflict through an Afghan owned and Afghan led peace process.

To another question, Dr Muhammad Faisal said Pakistan has suffered immensely in the war on terrorism and it will continue to play its role for eradication of this curse.

Responding to a question, the spokesperson confirmed the departure of Asiya Bibi to Canada saying she is a free citizen and she left the country on her own free will.