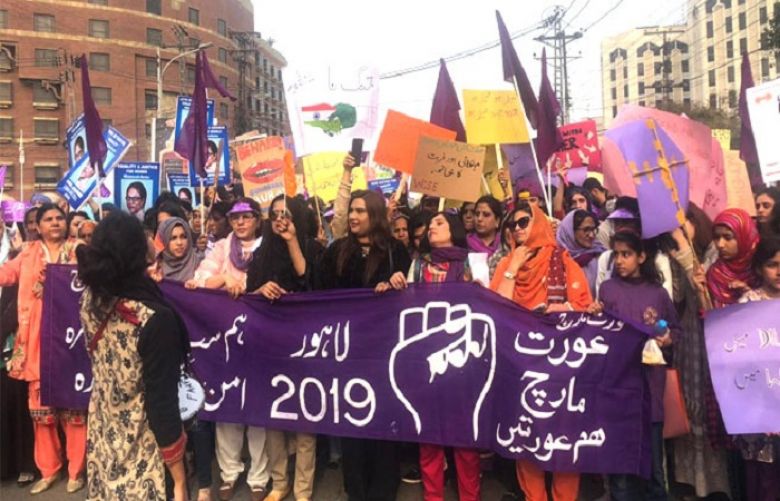 Organisers of an International Women’s Day march in Pakistan say they have had death and rape threats on social media over the event, which prompted complaints from some conservative groups.

Nighat Daad told Reuters that the march organisers are looking into filing a complaint with Pakistan’s Federal Investigation Authority about the online harassment.

“It has gone too far in terms of death and rape threats to the organisers and also to the marchers,” Daad said, adding that one of the threatening accounts had been suspended by Twitter.

The event, which attracted tens of thousands of women on March 8, was only the second of its kind in Pakistan, which a Thomson Reuters Foundation poll found to be the sixth most dangerous country for women in 2018.

A Human Rights Watch report last year estimated that 1,000 “honour killings” the practice of relatives murdering girls or women because they think the victim has brought shame or dishonour on the family — take place in Pakistan each year.

Another march organiser, who asked not to be identified, said the backlash “shows that this collective organisation of women has threatened the patriarchal forces”.

Pakistan has experienced a surge in social media usage with more than 40 million Facebook users.

The rapid growth has sparked an online debate about misogyny, with some women highlighting daily hate and pornographic messaging.

The days following the march have seen social media attacks on women, while some prominent men have complained about “obscene” signs carried by protesters.

A member of a religious political party filed a complaint with police, seen by Reuters, in Karachi where 7,000 women attended the march, saying the protesters “provoked religious sentiments” and spread vulgarity.

The march organisers also said the media had focused on the backlash more than the original aims of the event.

“The media played a massively negative role in this campaign ... they just looked at what trolls were saying online and picked up (on) a few placards that were provocative to try and sell their content,” Daad said.