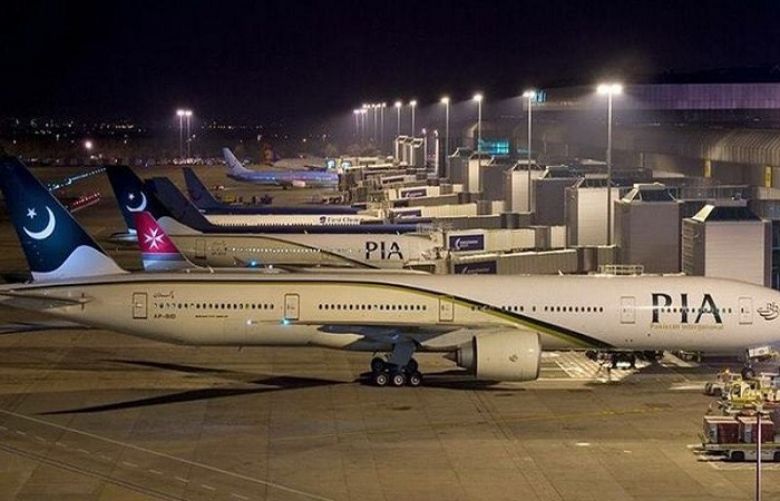 Pakistan International Airlines (PIA) on Tuesday said that the national flag carrier was ready to offer its services to bring back Pakistani prisoners who are being released by Saudi Arabia.

He said that the airline's administration was waiting for the government to take action and issue orders in this regard, and added that "PIA is ready to offer its services to bring back its fellow Pakistanis".

On Monday, Prince Mohammed had announced during his trip to Islamabad that the kingdom, at Prime Minister Imran Khan's request, would release 2,107 Pakistani prisoners.

Separately today, PIA announced a significant reduction in airfares for both economy and business class seats in flights along the Beijing-Islamabad-Beijing route.

The airline is also offering special packages to passengers who will be travelling in groups to join members of the workforce on China-Pakistan Economic Corridor (CPEC) projects in Pakistan.

The airline will also be serving "delicious Chinese meals onboard the aircraft", Malik announced.

The official said that the national flag carrier was actively participating in the CPEC framework and was extending complete support and services to its "valued Chinese travellers".

He added that PIA's fare was lower as compared to other regional airlines operating from China to Pakistan, including Air China. The country manager said that PIA was operating two direct flights a week on the Beijing-Islamabad-Beijing route on Monday and Friday with on-time departure from the Chinese capital.

The country manager said that currently Air China and China Southern are operating flights from Beijing to Islamabad and Guangzhou to Lahore, respectively.

PIA is also offering a discount to Pakistani students in China, Malik said, adding that over 22,000 people are benefiting from the offer.

Responding to a question, he said that PIA was the only airline that allowed passengers to carry 40 kilograms of baggage on direct flights between China and Pakistan.