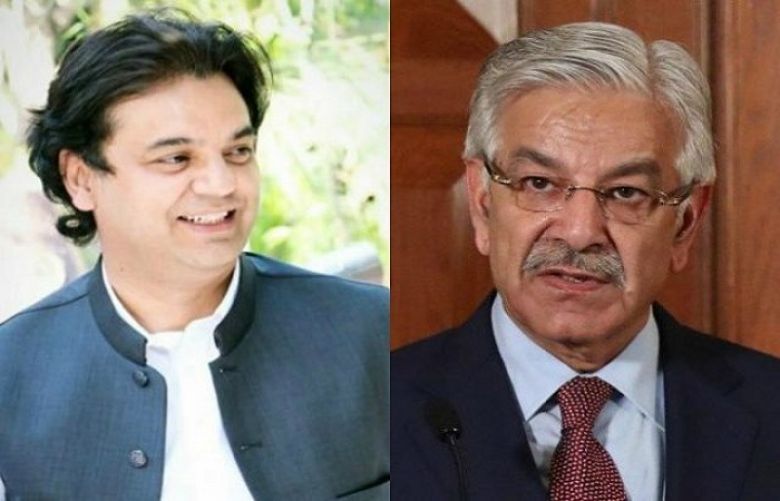 In a statement, he termed the PML-N leader’s remarks about Prime Minister Imran Khan’s meeting with IMF chief Christine Lagarde ‘shameful’ and said the premier didn’t met the Fund’s managing director for his personal interests.

He said the PTI government inherited the failing economy from the rulers like the former federal minister.

Slamming the previous government, he said the damage it caused to state institutions was unspeakable.

Talking to the media at his residence earlier today, Asif said removing Shehbaz Sharif from the chairmanship of the PAC would only make matters worse.

He claimed,” the government is only printing banknotes and till now it has printed Rs 1.4 trillion.”

Asif said Prime Minister Imran Khan sounds worried by his tone and added that politicians are always ready for elections.

The PML-N leader said the government is its own enemy it does not let the bureaucracy to work. “The government has only put boards on old projects in its six months rule,” he said.

Khawaja Asif also criticised the government’s foreign policy and said it was not in the right direction.

Replying to a question he said only prime minister’s sister Aleema Khan has been given an NRO.A