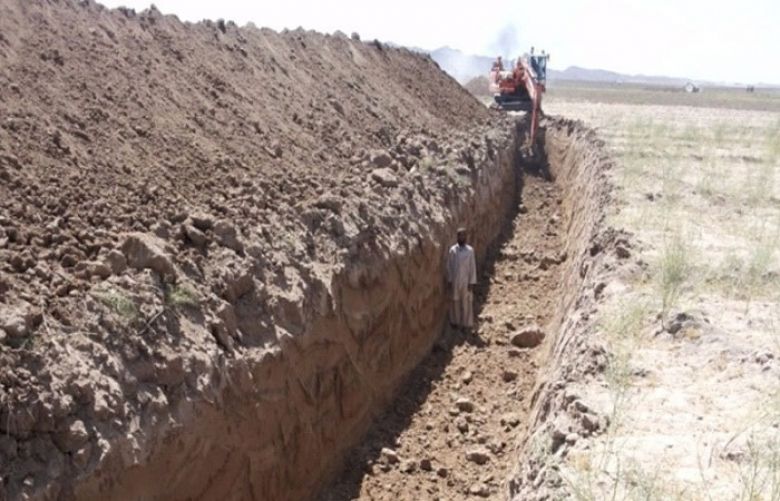 Pakistan has completed a 500 kilometre long trench along the porous Pak-Afghan border to stop the movement of smugglers, militants and other anti-social elements.

Balochistan’s border with Afghanistan runs for 1,165km, and authorities plan to excavate a trench along its length, except at places where terrain is impassable. The trench will be dug from Chagai district to Zhob district.

"Proper management of the border is imperative to bring an end to acts of terror in Pakistan,” said Anwar-ul-Haq Kakar, spokesman for the Balochistan government.

Officials stated the project will help in containing unchecked movement of anti-social elements who cross the border from the province’s southern portions.

Excavation work on the project was started in 2013, added Kakar. Frontier Corps Balochistan initiated the project at a cost of Rs14 billion. The trench is 11 feet deep and 14 feet wide.

“The government had decided in principle to properly manage the border with an objective to bring an end to illegal movement. The trench can be extended to cover the entire length of 2400km,” said an official from Balochistan Home and Tribal Affairs Department.

Kakar added Pakistan has the right to defend its border with Afghanistan and such steps should be welcomed.

“Separatists elements, involved in acts of terrorism in Balochistan, sneak across the border from southern Afghanistan. The trench will help the law enforcement agencies to at least monitor the border."

Balochistan province borders with Afghanistan's Helmand province, which produces more than 90 per cent of the world's opium. Owing to its geography, the province is considered to be a transit point for drug smugglers who use rugged mountains and deserts of Balochistan to smuggle narcotics to countries beyond the region.