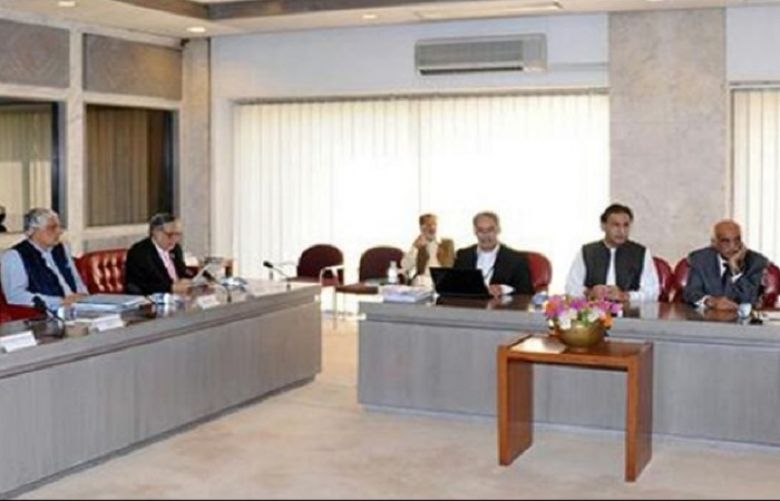 The committee formed to draft the ToRs of the Panama Papers inquiry met today and crafted strategy, after which the members will formally start working on the matter from tomorrow.

The meeting was presided by Speaker National Assembly Ayaz Sadiq and attended by members of the government and the opposition exchanged their viewpoint over the ToRs. Later, Aitzaz Ahsan of the Pakistan People’s Party (PPP), while speaking to the media, said that committee will formally start working from tomorrow and hope that it will not disappoint the people. He said that there will be no voting system but rather a mutually agreed consensus will be reached on every issue.

Shah Mehmood Qureshi of the Pakistan Tehrik-e-Insaf (PTI) said there will be six member each in the committee from both sides, whereas the seventh member will not attend the session.

Federal Minister Mir Hasil Bizenjo said that the decisions of the committee will be done by consensus, and the report will be completed within two weeks.