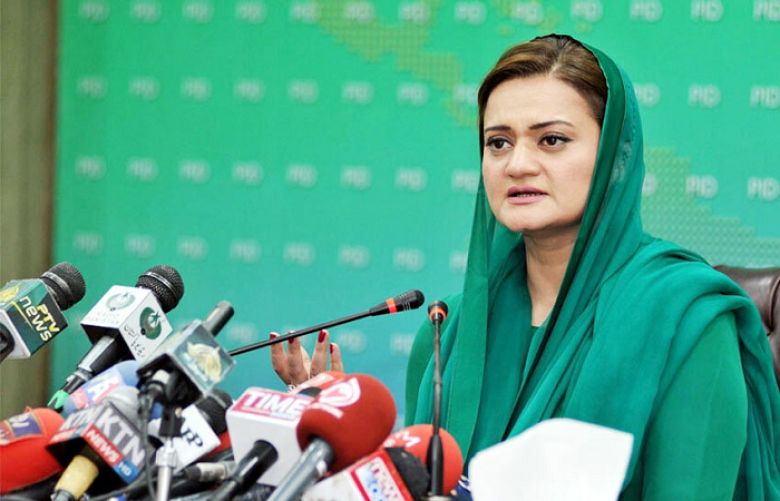 Minister for Information and Broadcasting Marriyum Aurangzeb says the appointment of Mohsin Naqvi as caretaker Chief Minister Punjab has been made in accordance with the law and constitution.

In a tweet on Monday, she rejected the criticism of PTI on the matter saying there will be no longer selection but elections.

In a statement on Monday, he said Election Commission of Pakistan took the decision of the appointment of Punjab Chief Minister as per law and constitution.

Welcoming the decision of the commission, the Prime Minister expressed hope that all requirements of free and fair elections will be fulfilled.

He also hoped that Mohsin Naqvi will fulfill his responsibility as per the requirements of the constitution.

Soon after the appointment of Syed Mohsin Raza Naqvi — a nominee of the opposition — as interim chief minister for Punjab by the Election Commission of Pakistan (ECP), the Pakistan Tehreek-e-Insaf (PTI) on Sunday categorically rejected the decision, declaring “Naqvi” as “controversial” personality.

The electoral authority's decision comes after the failure of the government and the opposition to reach a consensus on the caretaker chief executive, the move appeared to kick off a new round of controversy in the country.

In a declaration, the ECP said that the meeting, chaired by Chief Election Commissioner Sikandar Sultan Raja, made the consensus decision to appoint Naqvi as the caretaker for Punjab CM.