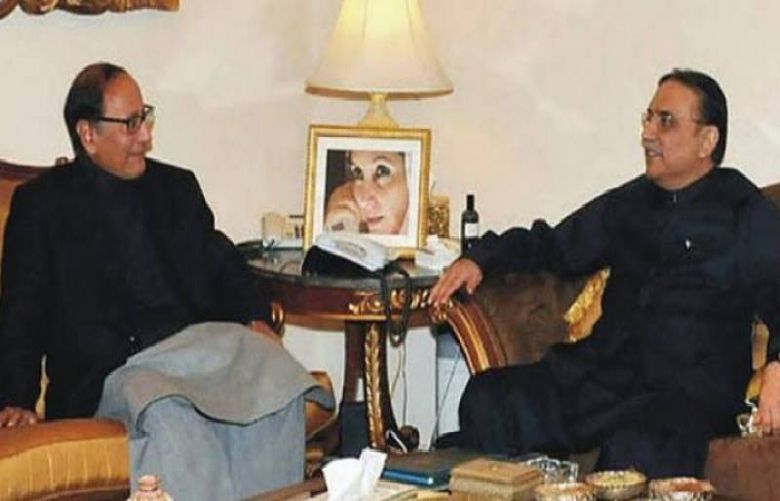 The meeting between Chaudhry Shujaat and Asif Ali Zardari continued for over an hour in which both senior politicians discussed the economic and political situation of the country.

The meeting was also attended by Chaudhry Shafay Hussain and Chaudhry Salik Hussain. The politicians also held discussions regarding the Punjab elections and other political matters.

They agreed on continuing joint efforts to cope with the economic challenges. They said that strengthening of economy will also empower politics and democracy in the country.

In a statement, the former federal minister said that he wants Pakistan Muslim League-Nawaz (PML-N) to consult with his party on caretaker set-up in Punjab.

Fawad Chaudhry noted that his party will propose two names for the caretaker chief minister (CM). “If the opposition does no agree on the proposed names, the matter will be referred to the parliamentary committee and the election commission,” he added.

He further said that they would try to come up with a better name through consensus.

Meanwhile, Fawad also said that party Chairman Imran Khan would not meet any defiant member, asking the latter to respond to the show cause notice to the party secretariat.

A day earlier, the Punjab Assembly was dissolved as Punjab Governor Baligh ur Rehman excused himself from signing the summary, saying he could not become a part of the process.