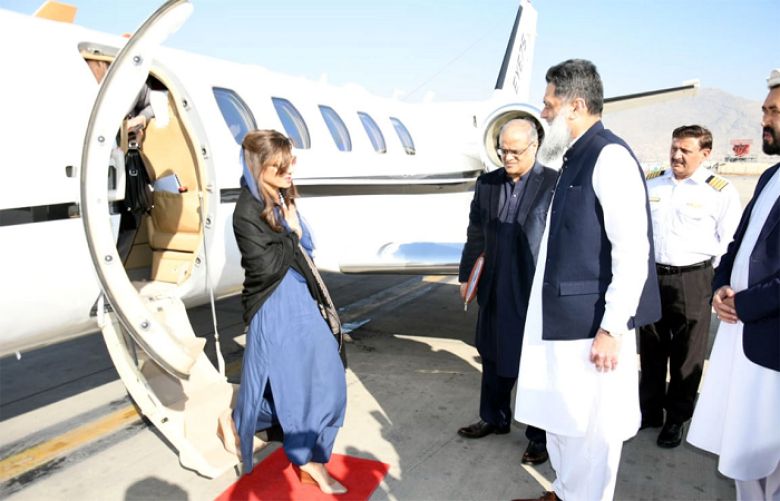 Minister of State for Foreign Affairs Hina Rabbani Khar embarked on a day-long visit to the Afghan capital to hold political dialogue with the Taliban-led Afghan interim government.

In a statement, a Foreign Office spokesperson said Rabbani will hold wide-ranging talks with Afghan officials with a special focus on regional security, bilateral ties, and cooperation in the areas of education, trade, investment, and regional connectivity.

Khar,45, will further exchange views with the Taliban about continued pledges and support for all efforts aimed at strengthening regional peace and enhancing prosperity in war-torn nation.

Special representatives including Muhammad Sadiq and other officials from other ministries also accompanied Khar.