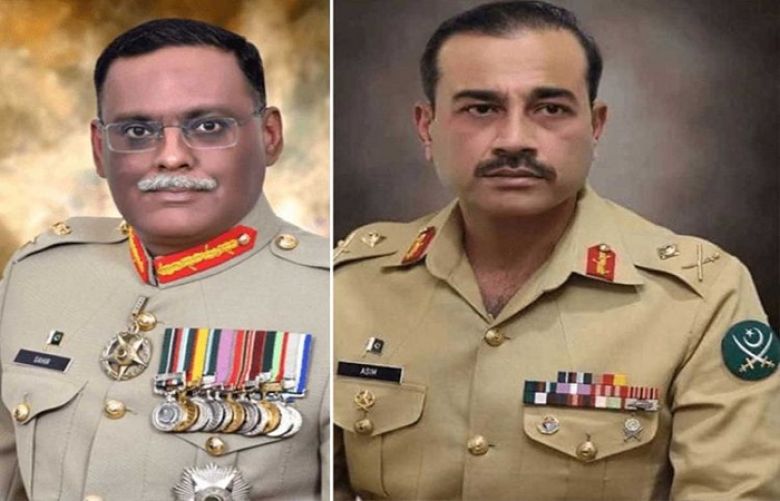 The federal government has appointed General Asim Munir as the next chief of army staff and Gen Sahir Shamshad Mirza as chairman of the joint chiefs of staff committee (CJCSC), notifications said Friday morning.

Uncertainty surrounding key appointments in the military ended Thursday evening after President Arif Alvi signed off on the summary to appoint both the top military officers.

As a result, incumbent CJCSC Gen Nadeem Raza will hang up his boots on November 27 and COAS Gen Qamar Javed Bajwa will retire on November 29, the notifications from the Ministry of Defence read.

"In exercise of powers conferred by Article 243(4)(b) of the Constitution [...] read with Section 8A of Pakistan Army Act 1952, the president on the advice of the prime minister is pleased to approve the promotion of PA-25031 Lt Gen Syed Asim Munir [...] to the rank of General with immediate effect and his appointment as Chief of the Army Staff for a period of three years with effect from 29th November 2022," a notification read.

Following their appointments, politicians from both — the treasury and the opposition benches — congratulated the military officials and hoped that they would live up to the nation's expectations.

Both the top military officials also held meetings with PM Shehbaz and President Alvi after the appointments to the high-ranking posts. The government officials wished them well for their new responsibilities.

The meetings were held at the Prime Minister's Office and the Aiwan-e-Sadar, respectively.