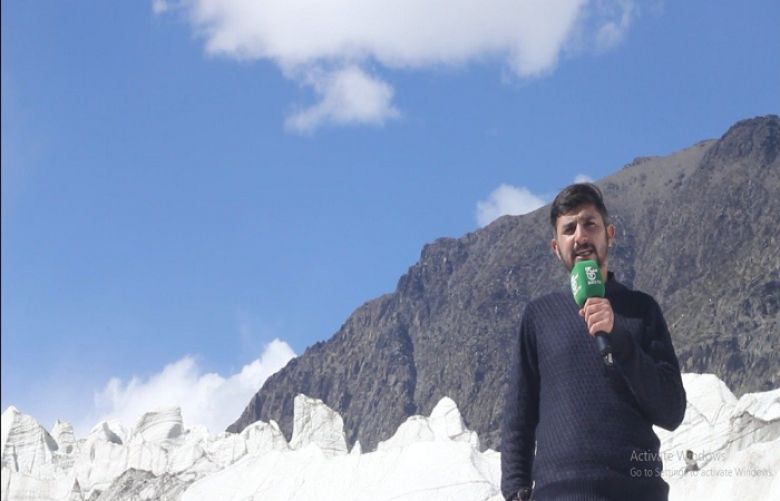 Glaciers are large masses of ice, formed when snow accumulates over time and is compressed. They can be found all over the world, in cold and temperate regions. And while they might look calm and peaceful from a distance, glaciers are actually in a constant state of flux. As the Earth's climate changes, glaciers are affected in several ways. Some glaciers will grow, as more snow falls on them and they freeze over. But others will shrink, as the temperature rises and the ice melts. This can have a huge impact on the surrounding environment, as well as on local communities that rely on glaciers for their water supply. How Are Glaciers Affected by Climate Change?

When most people think of climate change, they think of things like increasingly hot summers and more powerful storms. But one of the biggest impacts of climate change is happening far away from us, in the form of melting glaciers. Glaciers are beautiful, but they're also incredibly important. They play a role in our water supply, regulating the Earth's climate, and stabilizing our planet's ecosystems. And as global temperatures continue to rise, glaciers are melting at an alarming rate. This melting has some consequences.

For starters, it's causing sea levels to rise, which could have a devastating impact on coastal communities. It's also putting stress on water supplies, and threatening the habitats of many species that rely on glaciers for survival. We need to do everything we can to reduce our emissions and slow down the effects of climate change. The fate of glaciers may seem far away from us, but their disappearance will have a profound impact on all of us. The Impact of Melting Glaciers on Sea Level Rise

Glaciers play an important role in the world's climate, and their disappearance could have a significant impact on sea levels. As glaciers melt, they contribute to sea level rise. The melting of glaciers has been a significant factor in the current rate of sea level rise. And it's not just the melting of glaciers that is causing this increase; ocean thermal expansion—the expansion of water as it gets warmer—is also contributing to the problem.

What does this mean for coastal communities? It means that flooding and erosion will become more common, and low-lying areas will become increasingly vulnerable to damage. In addition, saltwater intrusion will cause problems for local water supplies and infrastructure. All of these effects could have a devastating impact on coastal areas and their inhabitants. As glaciers melt, they release water into the ocean, which causes the ocean’s level to rise. This happens because when water is heated, it expands. So, as the warmer ocean water tries to take up more space, the extra space has to come from somewhere—and that somewhere is typically the land.

As the ocean level rises, it decreases the amount of space between the water and the land. This creates problems for both humans and animals who live near coastlines because it can lead to flooding and erosion. In addition, as glaciers melt, they also release pollutants and greenhouse gases into the atmosphere. These pollutants and greenhouse gasses can contribute to climate change, which can then cause even more melting of glaciers. So, it’s a vicious cycle. You might be wondering what all of this has to do with animals. Well, melting glaciers can have a pretty big impact on animals. One way it does this is by affecting the food supply. For example, melting glaciers can cause changes in the ocean’s currents, which can disrupt the migration patterns of fish. This, in turn, can lead to a decrease in the food supply for animals that rely on fish for sustenance. In addition, melting glaciers can also cause flooding, which can displace animals from their natural habitats. This can lead to a decrease in population sizes and even extinction. So, as you can see, the effects of climate change on glaciers can have pretty disastrous consequences for animals.

By acting and doing your part, you can help make a difference in the fight against climate change and its impact on glaciers. The impact of climate change on glaciers is evident. As the earth's temperature rises, glaciers are melting at an alarming rate. This threatens the environment and the creatures that call it home. We must take action to prevent further damage. We can start by reducing our dependence on fossil fuels, which release harmful emissions into the atmosphere. We can also support organizations that are working to protect our planet. Act today to help reduce the impact of climate change on glaciers. Every little bit helps.