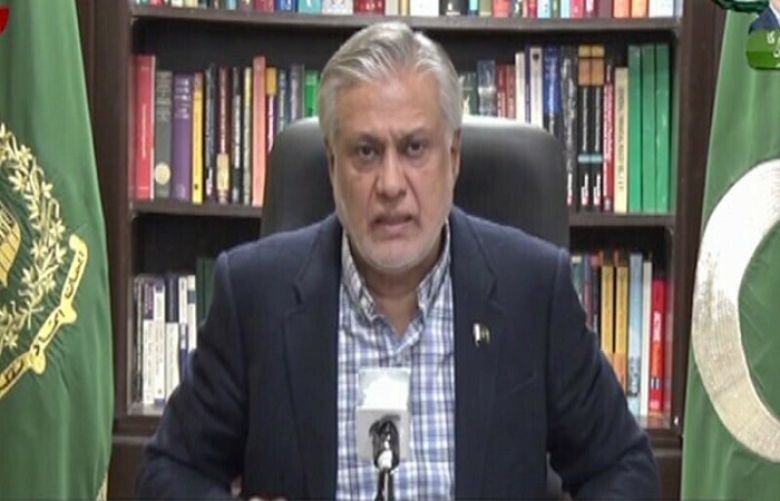 An accountability court in Islamabad on Monday reserved its judgment on a petition filed by Finance Minister Ishaq Dar seeking his acquittal in a NAB case related to assets beyond his known source of income.

The finance minister had submitted three pleas, including the one pertaining to exemption, through his legal counsel last week. The court, after a brief hearing, accepted the minister’s plea for exemption from personal appearance.

Accountability court Judge Mohammad Bashir resumed hearing on the petition today. After hearing arguments from all sides, the judge reserved his verdict.

Judge Mohammad Bashir will announce the judgment on the petition tomorrow.

In December 2017, the NAB filed a case against Ishaq Dar accusing him of possessing assets disproportionate to his declared sources of income.

A reference against the PML-N leader was filed in light of the Supreme Court's July 28, 2017, verdict in the Panama Papers case.

Dar had also been declared a proclaimed offender by the accountability court due to his continuous absence from the proceedings — but in October, the court suspended his arrest warrants after he appeared before it.