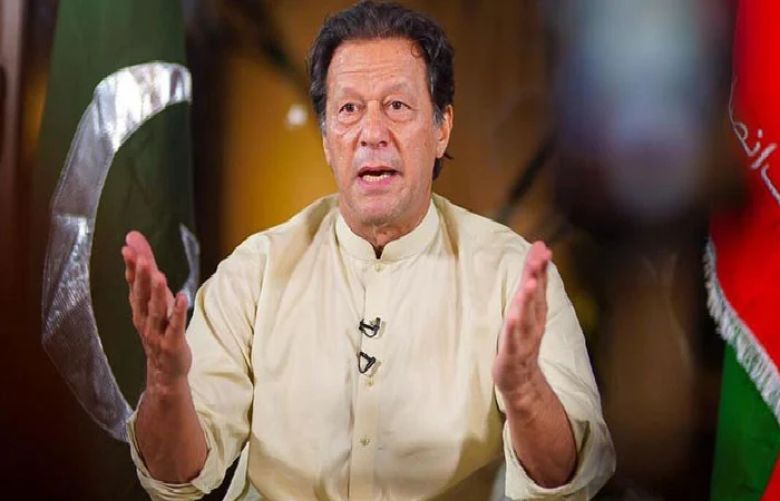 PTI Chairman Imran Khan has asked his supporters and party leaders to converge on Rawalpindi on November 26 to demand free and fair elections in the country.

“I am inviting the entire nation to reach Rawalpindi on November 26 (next Saturday). I will meet you there and announce future course of action. This movement is not going to stop even after this march,” he said while addressing supporters via video link in Rawat on Saturday.

“We can never achieve real freedom while sitting at home and living like sheep,” he said as he urged supporters to come out of their homes to force the government to call snap polls.

Imran also addressed the powerful quarters, saying, “Ask anyone you want be it business community, farmers, IT sector or anyone else everyone believes that free and fair elections is the only way forward to steer the country out of this quagmire”.

The former premier said incumbent government did not have any plan or road map to lift the country out of crises.

He accused the coalition government led by PML-N of “destroying” the country’s economy, saying “their only aim is to take relief in corruption cases”.

“Thieves have closed down corruption cases worth Rs11,000 billion by amending NAB laws… It’s been seven months since my ouster but on one can tell a single good thing that they have done for the country.”

Earlier, senior party leader and former foreign minister Shah Mehmood Qureshi, addressing participants at Rawat, said the party had shown utmost restraint after its chief "was riddled with bullets" and its supporters were injured and killed in the assassination bid in Wazirabad.

Earlier in the day, PTI's Fawad Chaudhry said that the "final stage" of the party’s ‘Haqeeqi Azadi’ march has arrived, urging people to “get ready” for the PTI chief Imran Khan’s call.

The former information minister announced the long march’s plan and added that today the cavalcades under the leadership of Vice President PTI Shah Mehmood Qureshi and senior leader Asad Umar will meet in the province’s Rawat area.

He furthered that the former prime minister will give a call later today to the people to reach Rawalpindi.