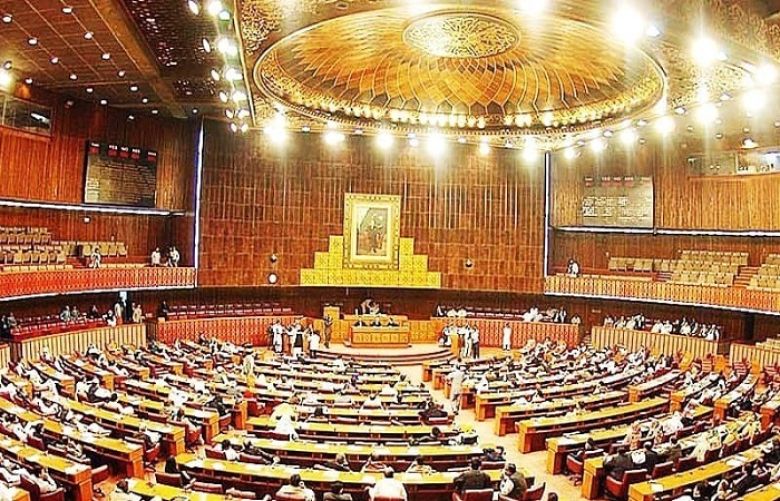 The National Assembly on Thursday approved amendments to the Rules of Procedure and Conduct of Business in the National Assembly, 2007, which among other things require authorities to seek the NA speaker’s approval prior to arresting a lawmaker.

According to the agenda shared on the NA’s Twitter, Rule 103 — which previously required the authorities to immediately inform the speaker in case of a lawmaker’s arrest — was proposed to be substituted by the following:

Furthermore, Rule 106, which previously stated that no MNA would be arrested from the Assembly’s precinct without the speaker’s approval, was proposed to be substituted by:

“No member shall be arrested within the precincts of the Assembly.”

PML-N’s Murtaza Javed Abbasi presented the amendment resolutions in the house today in a session presided over by Deputy Speaker Zahid Akram Durrani.

Defence Minister Khawaja Asif proposed that the amendment should also make it mandatory for the speaker or chairman of a committee to issue a production order for a lawmaker who was detained or arrested.

Subsequently, all three amendments were approved by the National Assembly.

The amendments come amid arrests of PTI leaders in separate cases of prohibited funding and a controversial tweet.

On Oct 7, PTI leaders alleged that Senator Saifullah Khan Nyazee was picked up from the premises of Parliament House, where he had arrived for a Senate session.

While the Federal Investigation Agency (FIA) had initially issued a statement denying social media reports about the senator’s arrest, Interior Minister Rana Sanaullah had later revealed in a press conference that Nyazee was taken into “protective custody” for interrogation in connection with the prohibited funding case against the PTI leadership.

Later on Oct 13, Senator Azam Swati was arrested by the FIA for a controversial tweet against the army chief.

Last Friday, PTI lawmakers, wearing black armbands, protested against Swati’s arrest in front of the Senate chairman’s dais, chanting anti-government slogans and tearing apart copies of the day’s agenda. The session was later adjourned due to a lack of quorum.