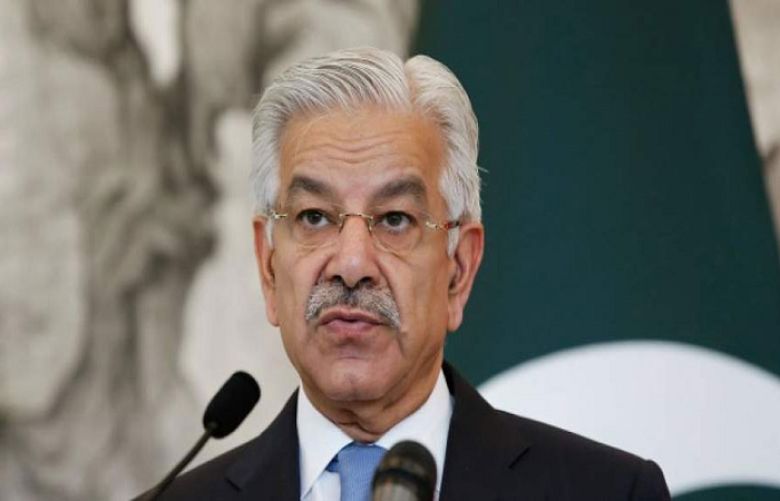 Addressing a Conference as a keynote speaker in Islamabad, he said the situation in Khyber Pakhtunkhwa is under control and will be tackled amicably in case of any untoward situation.

The Defence Minister said the recent revival of few terrorists is an expected spillover from Afghanistan. He said peace in Pakistan is dependent on peace in Afghanistan.

Khawaja Muhammad Asif said the government will use peaceful means to resolve the matter but will use force if it is inevitable to purge the country from the menace of terrorism.

He said the armed forces are fully capable to contain any threat to national security.