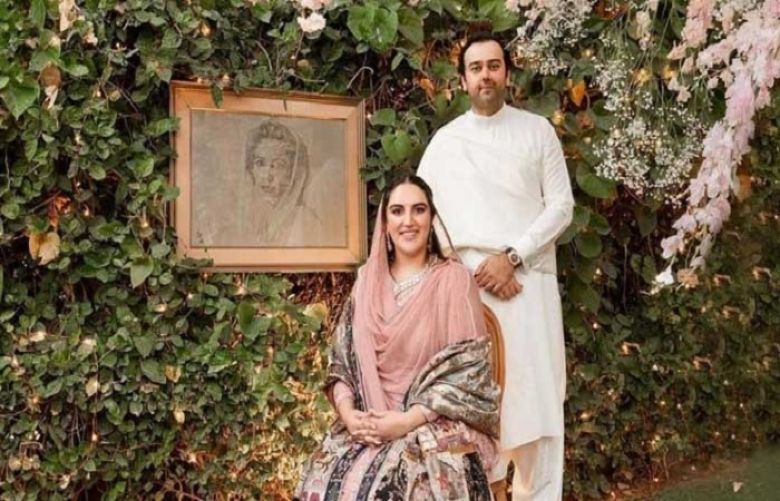 Bakhtawar Bhutto-Zardari, the daughter of Asif Zardari and late Benazir Bhutto, announced the birth of her second child on Thursday.

Bakhtawar and her husband welcomed the baby on October 5 as stated in a tweet posted by the mother.

"We are happy to announce the birth of our second baby boy," said a picture with a pretty floral background, shared by Bakhtawar.

Bakhtawar's brother and Foreign Minister Bilawal Bhutto-Zardari reacted to the news and retweeted her tweet.

Bakhtawar is married to businessman Mahmood Choudhry on January 29, 2021.

The couple announced the birth of their firstborn on October 10, 2021.

Bakhtawar is the first granddaughter of former prime minister, Zulfiqar Ali Bhutto. She was born on January 25, 1990, in Karachi.