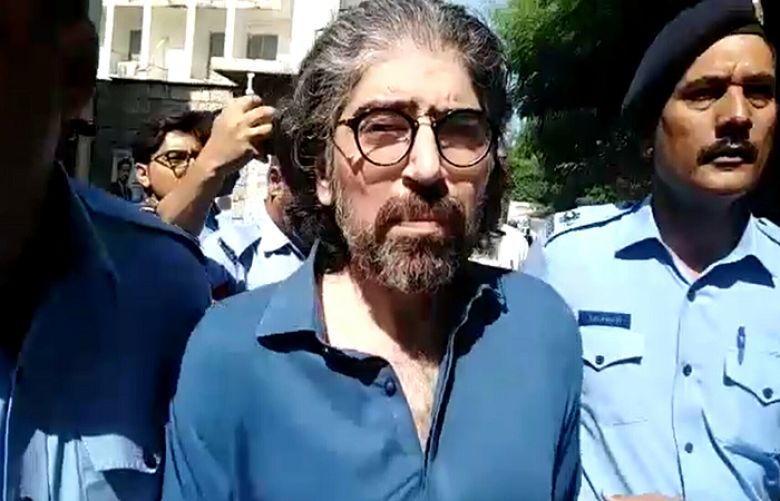 An Islamabad district and sessions court sent Shahnawaz Amir, the prime suspect in the murder case of his wife Sarah Inam, into judicial custody for 14 days on Thursday.

Shahnawaz, who is also the son of senior journalist Ayaz Amir, was presented before civil judge Aamir Aziz after the completion of his physical remand. The police then requested for the prime suspect's judicial remand.

The police request was granted by the court and Shahnawaz was sent to judicial custody for 14 days.

At the last hearing, Shahnawaz's physical remand had been extended for three days after the investigating officer had told the court that the passport of the deceased is to be re-covered, saying it is major evidence as it can reveal her travel history.

The plaintiff's lawyer had told the court that Sarah Inam was killed in Shahnawaz's house and that if the victim's passport is not recovered within 14 days of the murder, the suspect could get away.