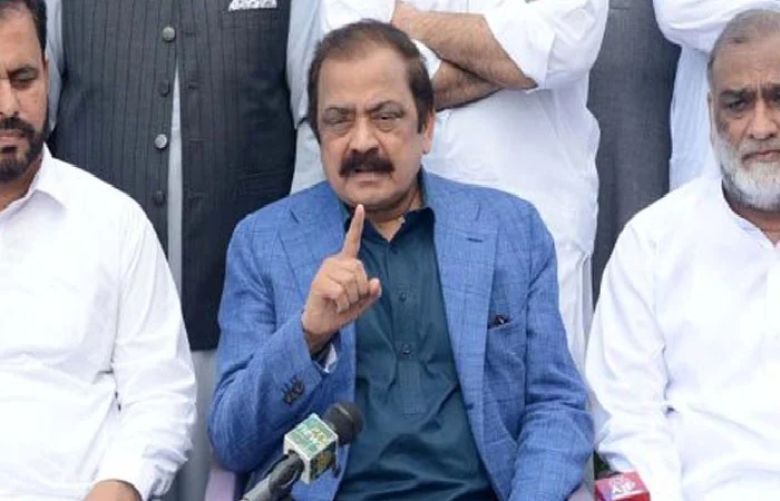 The PTI's long march will not be allowed to enter the federal capital under any circumstances and the federal government has devised a comprehensive strategy in this regard.

On October 4, Imran Khan asked his party leaders and workers to take an oath that they will participate in the long march terming it a jihad for the country. However, he did not specify any date for the march.

The meeting was briefed that around 20,000 people were expected to participate in the long march. The huddle decided to engage the Sindh Police, Rangers and FC to ensure law and order in the federal capital during the long march.

It was decided that the Pakistan Army, under Article 245 of the Constitution, will secure public buildings and the Diplomatic Enclave in the Red Zone.

Sanaullah said the long march would not be allowed to enter the federal capital at any cost. He also authorised relevant departments to take action against individuals and organisations providing logistical and financial support to the PTI for the march.

The meeting also decided to impose a complete ban on carrying weapons during the meeting. It was also decided that action would be taken against the federal employees who planned to support the PTI’s long march.

Directives were also issued to ensure freedom of movement and the functioning of educational institutions during the long march.