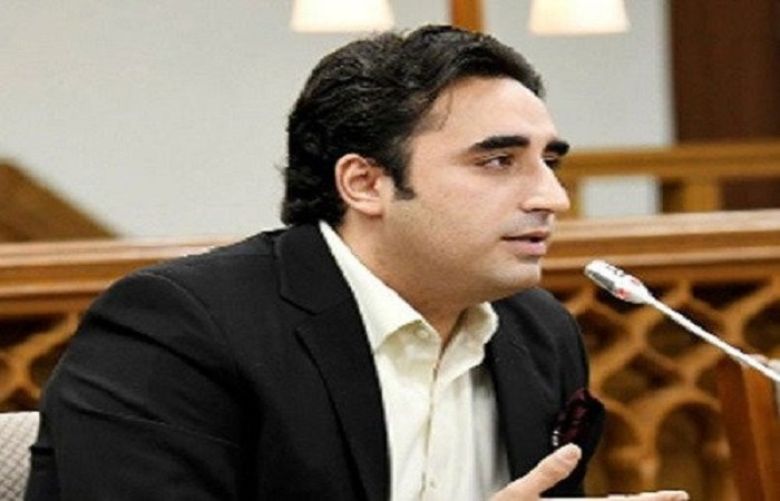 Foreign Minister Bilawal Bhutto-Zardari reiterated Pakistan’s position in the Ukraine-Russia war, asserting that “we would not be taking sides as we are sick and tired of wars and conflicts.”

In a recent interview with Al Jazeera, the foreign minister was constantly being pestered by the interviewer for "avoiding the question regarding Pakistan’s position in the international conflict" that has been the talk of the town since the February 24 invasion.

“The path to peace is through dialogue and diplomacy. I would advocate appeal to the parties involved to perceive dialogue and peace,” Bilawal said, replying to the question thrown at him.

“I think I am entitled to my own position and that’s exactly the attitude in the West at the moment actually,” he maintained, adding that his position was in line with his country's stance on the issue.

He asserted that Pakistan was not taking sides in this conflict “we just got out of Afghanistan and literally just a month or few months before this [Ukraine-Russia] conflict broke out, the fall of Kabul of happened.

“We are sick and tired of the 20 years of war and conflict. And we saw at the end of that how, ultimately, no matter what people thought, without asking us or the Afghans, the dialogue was started and it happened and, whether you like it or not, a conclusion was reached,” he added.

The foreign minister said: “We suffered in that conflict not only in the form of 80,000 Pakistani lives lost, my mother also lost her life, and we have washed our hands of the whole situation."

“All I am saying is that what’s happening in Ukraine right now; the Russians have their own perspective, the West has its own; whichever perspective you hold, this is surely not the appropriate time to be starting another world war.”

“Muslims not only within the Kashmir valley but all across India, the largest minority on Earth, are being prosecuted, so if we are expected to take positions on one issue, at least from the major stakeholders, there should be similar policy all the time and, therefore, it would be understandable for everyone to take consistent policies in a similar way.

“But if that’s not happening, please allow us to focus on our own issues and problems as there is far too much devastation happening in Pakistan right now for me to be worried about.”