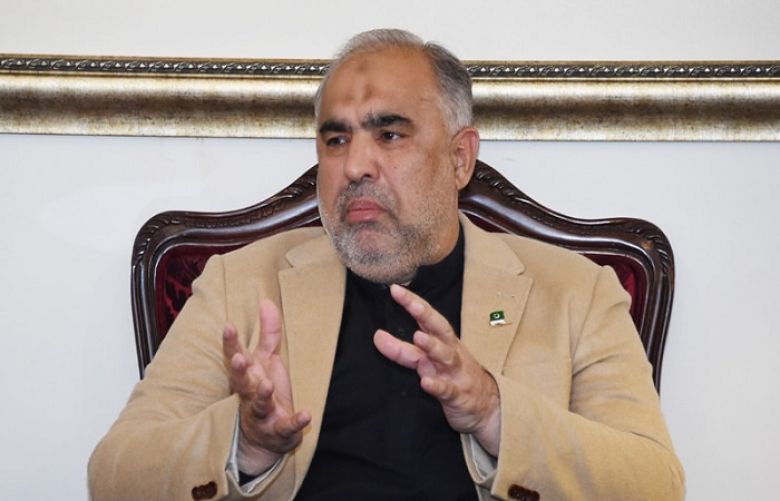 The Federal Investigation Agency (FIA) will continue its inquiry against former National Assembly speaker Asad Qaiser into the Pakistan Tehreek-i-Insaf’s two bank accounts managed by him.

The Peshawar High Court on Tuesday rejected a petition filed by Qaiser petition, who was seeking suspension of the FIA’s inquiry into the bank accounts.

In a short order, the two-member comprising Justice Lal Jan Khattak and Justice Ishtiaq Ibrahim ordered the investigation agency to continue its probe.

Earlier, the court had reserved its decision after hearing the arguments from both sides.

Qaisar’s counsel urged the court to set aside a notice by an FIA inquiry officer to appear in before him in connection with the probe into two bank accounts managed by him from 2008 to 2013 as the PTI’s provincial head.

The FIA’s provincial chapters on August 6 summoned senior party leaders including Qaiser, Shah Farman, Imran Ismail and Seema Zia to join the inquiry after the Election Commission of Pakistan in a unanimous verdict ruled that the PTI did receive prohibited funding and hid 13 bank accounts.

Qaiser had requested the court to suspend action on the inquiry and stop the respondents, including the relevant FIA officials, from issuing “adverse” orders against him until the disposal of the case.