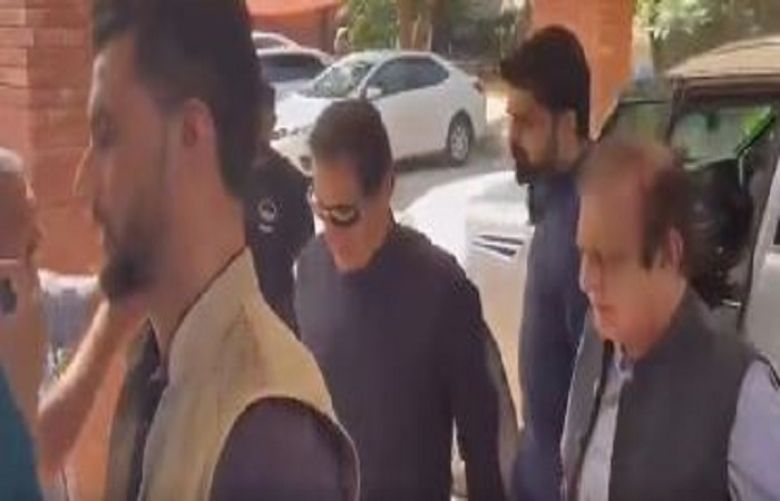 PTI Chairman Imran Khan on Wednesday appeared before the joint investigation team (JIT) formed for a probe into a terror case filed against him, after ditching hearings thrice.

The former prime minister arrived at the SPP office for a hearing as per the directives of an anti-terrorism court (ATC) that extended his pre-arrest bail for the second time on Monday.

Sources said that Imran Khan was summoned to record his statement to the JIT.