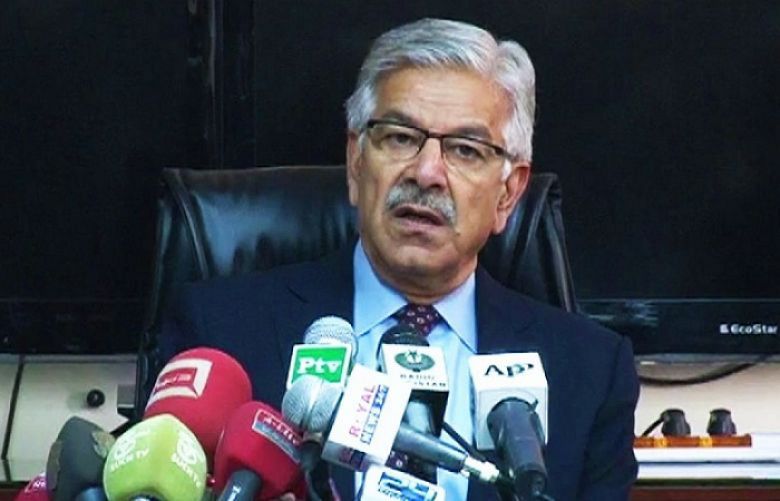 Minister for Defense Khawaja Asif has regretted that PTI Chairman Imran Khan has been attacking the country's economy and institutions of defence over the last four months.

Addressing a news conference in Islamabad on Monday, he said the country's armed forces have rendered innumerable sacrifices in the war on terrorism and at present they are engaged in the relief and rescue efforts in the flood ravaged areas.

He, however, lamented that the PTI Chairman has made the matter of top appointments in the military a topic of his politics.