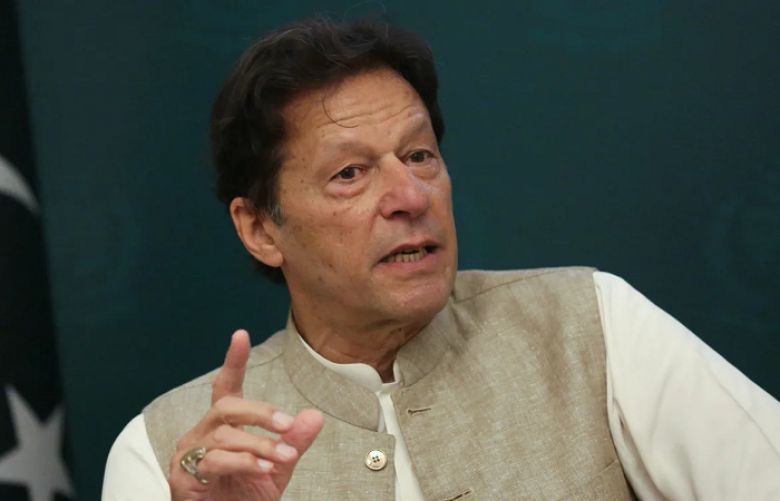 Pakistan Tehreek-e-Insaf (PTI) Chairman and former prime minister Imran Khan on Thursday said he will show the masses what true freedom actually entails on August 13 during his “power show” in Lahore on the eve of Independence Day.

Addressing the minority convention in the federal capital, he said that Prophet Muhammad (PBUH) signed the Madina Pact with the non-Muslims, “which proves that a humane society is created when people have humanistic values.”

“The country cannot move forward until justice prevails,” he said, asking the people present at the convention to highlight those countries where the decision is taken against the head of the government.

The former premier said: “A society can never prosper without the rule of law everyone, including the rich and the poor, must have equal human rights.”

He lamented that the absence of rule of law was one of the biggest problems in Pakistan.

Speaking about his upcoming rally in Lahore, the former premier told the gathering that on August 13, his party will celebrate "real freedom" and give a message to minorities that they are equal citizens of Pakistan.

He added that he will also unveil a future course of action on how to achieve "true freedom".