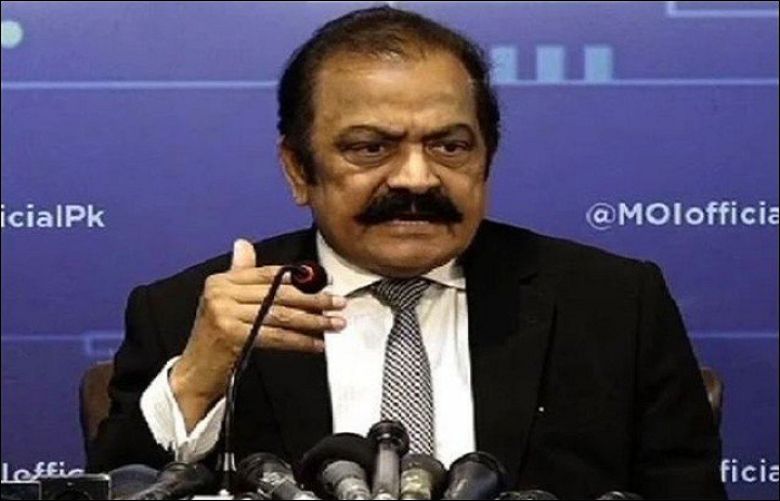 Interior Minister Rana Sanaullah on Monday warned the PTI of "worst repercussions" if its protesters resorted to violence, created chaos or indulged in blackmailing during the party's upcoming protest on August 13 at Lahore's Hockey Ground.

"Remember that you will be allowed to hold peaceful protests [...] it is your constitutional right [...] but if you use violence or threaten and blackmail [the government] then there will be repercussions worse than May 25 [...] we are prepared for it," he said.

Sanaullah was referring to the party's long march to the capital earlier this year when its supporters dislodged containers placed to impede their advances and braved tear-gas shelling to somehow reach the D-Chowk in the capital.

His statement comes a day after PTI chairman Imran Khan said that he would announce a strategy to “counter the fascism” of the coalition parties.

Talking to media persons in Faisalabad today, Sanaullah hit back at the former prime minister, and accused him of constantly changing his plans, which he said was reflective of the fact that he himself was unsure of what to do next.

"Now he has called a jalsa and said that an ultimatum will be given," the minister said. "[He will issue an] ultimatum for what? To call elections? But what happened to you wanting to remove the chief election commissioner (CEC)?