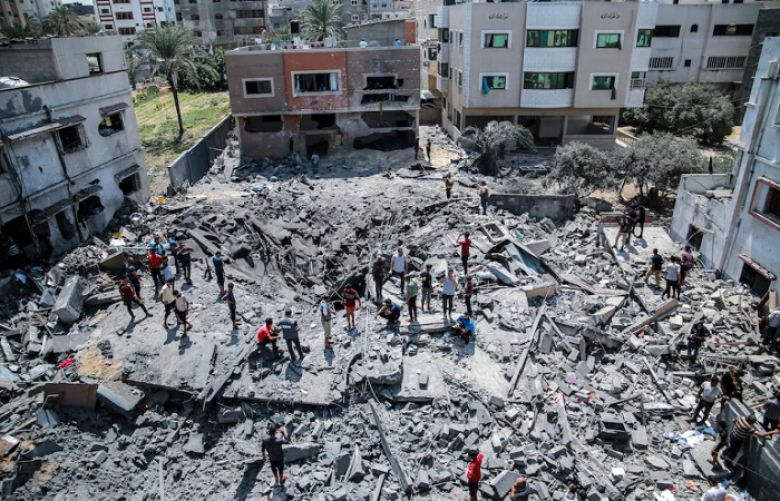 Prime Minister Shehbaz Sharif Saturday strongly condemned Israeli airstrikes in Gaza in which 10 Palestinians, including a 5-year-old girl, were martyred.

Taking to Twitter, the prime minister said if impunity and barbarism had a face, it would have been that of Israel, which had targeted Palestinians without any care for the consequences.

In Gaza, at least 10 Palestinians including a commander of the Islamic Jihad group embraced martyred in Israeli airstrikes.

The attacks followed the arrest of senior Palestinian leader Bassam al-Saadi in the occupied West Bank city of Jenin.

Hamas has termed this attack as a brutal crime and massacre done by the Israeli occupation against Palestinians.

A senior official for Hamas Ghazi Hamad said there is “no justification” for the attacks and Palestinian factions have the right to defend themselves and “protect” their people.

"The country is ravaged. We’ve had enough of wars. Our generation has lost its future," he told AFP.