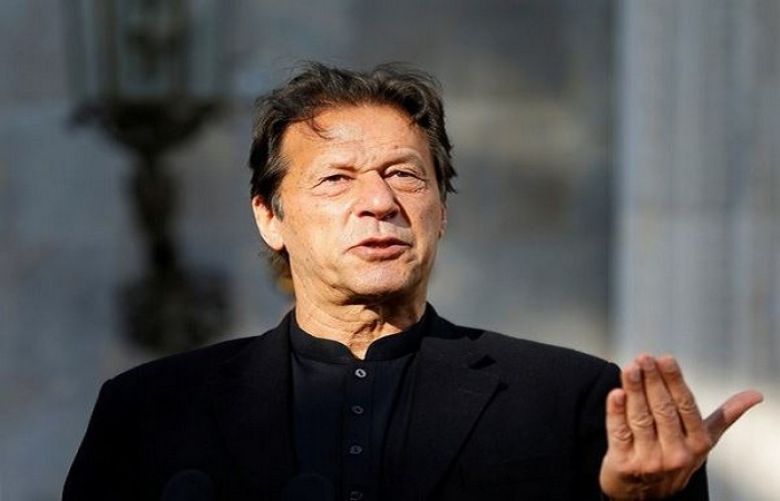 The Election Commission of Pakistan (ECP) on Friday issued a notice to PTI chairman Imran Khan and summoned him on August 23 in the prohibited funding case, in which it had ruled that the party had received foreign funds.

According to the ECP website, the case titled “Notice to Chairman Pakistan Tehreek-i-Insaf in terms of Rule 6 of Political Parties Rule 2006, in compliance of judgment by the commission dated August 2 in case title Akbar Sher Babar” has been fixed for hearing on August 23, at 10am.

Earlier this week, the electoral body, in a unanimous verdict, ruled that the PTI did indeed receive prohibited funding and issued a notice to the party asking why the funds should not be confiscated.

In the written verdict, the commission noted that the party “knowingly and willfully” received funding from Wootton Cricket Limited, operated by business tycoon Arif Naqvi. The party was a “willing recipient” of prohibited money of $2,121,500, it said.

It went on to say that the party also received donations through PTI Canada Corporation and PTI UK Public Limited Company. “From both the companies, the amounts received into its accounts of PTI Pakistan are hit by prohibition and in violation of Pakistani laws.”

Further, the party received donations from Australia-based company Dunpec Limited, and Pakistani companies Anwar Brothers, Zain Cotton and Young Sports which was again in violation of the law.

The electoral watchdog also said that the PTI had been found to be a beneficiary of donations made by Romita Shetty, a US-based business woman of Indian-origin which was in violation of the law.

The ECP said the party had only owned eight accounts before the commission and declared 13 accounts to be unknown. “The data obtained from the State Bank of Pakistan (SBP) reveals that all the 13 accounts disowned by the PTI were opened and operated by senior PTI management and leadership at [a] central and provincial level.”

The commission noted that the party also failed to mention three accounts which were also being operated by the party’s senior leadership. Non-disclosure and concealment of 16 bank accounts by the PTI is a “serious lapse” on part of the PTI’s leadership and in violation of Article 17(3) of the Constitution, it said.

Article 17(3) says: “Every political party shall account for the source of its funds in accordance with the law.”

The PTI chairman submitted Form-I for five years (between 2008-2013) which was found to be “grossly inaccurate on the basis of the financial statements obtained by this commission from SBP and other material available on record”.

“Therefore […] the matter falls within the ambit of Article 6(3) of Political Parties Order 2002 (PPO). Hence , the commission directs that a notice may be issued to the respondent party in terms of Rule 6 of the PPO as to why the aforementioned prohibited funds may not be confiscated. The office is also directed to initiate any other action under the law in light of this order of the commission, including forwarding the case to the federal government.”

Article 6(3) of the PPO states: “Any contribution made, directly or indirectly, by any foreign government, multinational or domestically incorporated public or private company, firm, trade or professional association shall be prohibited and the parties may accept contributions and donations only from individuals.”

In its order, the commission also said that it was “constrained to hold that Imran Khan failed to discharge his obligations as mandated under the Pakistani statutes.”

The PTI chairman has for five successive years submitted Form-I and signed a certificate which is not consistent with the accounting information before us, it said.

“Imran Khan, for the five years under review, has filed submissions that were grossly inaccurate and wrong. Even during the course of scrutiny and hearing by this commission, the PTI continued to conceal and withhold complete and full disclosure of [the] source of its funds,” it said.