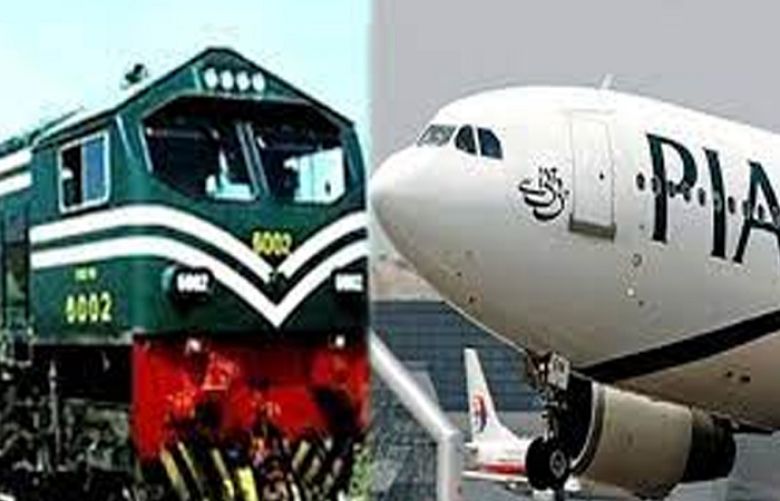 On Thursday, Prime Minister Shehbaz Sharif had announced the reduction in an address to the nation.

The prime minister had said that as promised, he was passing on to the people each paisa of price reduction in the international markets and announced a Rs18.50 per litre cut in the price of petrol and Rs40.54 per litre in that of high-speed diesel.

In the wake of those cuts, Rafique said in a video message today that PIA and PR had also decided to pass on the benefit of lower fuel prices to their customers.

“A 10 per cent reduction is being done in economy class fares of mail express trains and similarly, a relief of 10pc is being given for both classes of PIA’s domestic flights.”

He said implementation would start from midnight tonight for the next 30 days (August 17).

The railways minister said the Civil Aviation Authority would also instruct private airlines to reduce their fares. “We believe that provincial governments will also take measures for fare reduction after contacting transporters,” he added.

A day ago, the federal cabinet directed the federal and provincial authorities concerned to ensure that the impact of the cut in petroleum prices immediately reached the people in the shape of reduced fares and transportation costs.

Information Minister Marriyum Aurangzeb had said the cabinet discussed the reduction in the prices of petroleum products and asked the provincial governments to take immediate steps so that the relief reaches the people.

She said the cabinet decided to keep a close watch for the implementation of the POL price cut in the shape of reduced fares and resolved to transfer whatever relief becomes available in international markets to the masses.