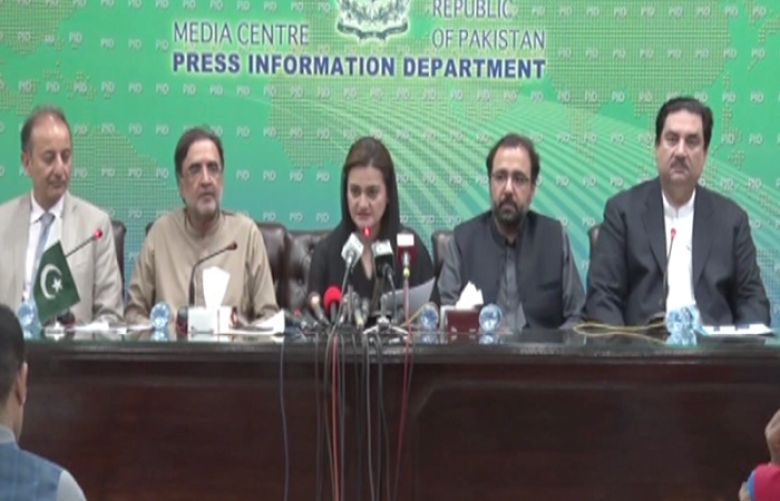 Adviser on Kashmir Affairs and Gilgit-Baltistan Qamar Zaman Kaira on Monday addressed the country's present loadshedding woes and said an additional 2,000 megawatts were expected to enter the supply grid by the end of the week, which he said would improve the situation.

Addressing a press conference in Islamabad with federal ministers and other government members after a cabinet meeting on loadshedding and power issues, Kaira said: "Inflow has improved in rivers and Tarbela [dam] is filling up better so it is expected that around 2,000MW of additional cheap electricity from hydel energy will enter the system by the week's end and reduce loadshedding."

He said monsoon rains had contributed to increasing flow in rivers.

Minister for Power Khurram Dastgir provided said that "in the next four to five days before Eidul Azha", Tarbela dam would start its full power production at 3,500MW and bring "considerable reduction" in loadshedding.

"In those same days, we are also expecting that our K2 nuclear plant, which is being refuelled, [will be operational] so its 1,100MW will enter the system and the whole nation can expect at Eid that great relief will be provided," Dastgir added.

He also said that the cabinet decided not to install any more power plant that depend on imported fuel, adding that only the plants that are operated on local fuel would be used for power generation in future.

"Power production plants can't be installed immediately and it's not possible to do an immediate increase in electricity."

He said the situation was such that the government was forced to resort to reviving defunct and inefficient power plants that had higher costs.

"We have around 24,000MW available today with demand at 30,000MW, because of which there has been acute loadshedding," Kaira said.

He added that the existing demand could not be met even if the country utilised all its various power plants — nuclear, thermal, hydel, wind and solar.

"The responsibility for this is not on the current government. This [gap] did not appear in two months. This is the negligence that Imran Khan's government [committed] by not setting up power production plants in his four years and and not planning to cater for future demand."

Kaira also said that the PTI had failed to complete existing projects on time, adding that had they been completed then the loadshedding situation would not have been as dire as it is today.

Elaborating on the future outlook, Dastgir said the country's power situation would improve next year with the operationalisation of power projects initiated by the PML-N government in its previous tenure, of 4,623MW.

He added that a total of 7,000MW would enter the system from these projects, as well as others such as solar power and private net metering.

Dastgir also said that the government was considering a comprehensive policy on solar energy, adding that the focus would be on large-scale plants, as well as supporting small consumers to install small plants.