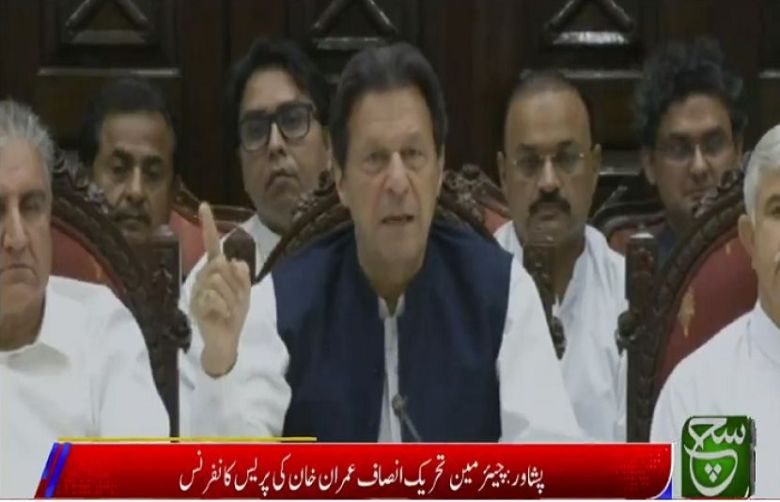 PTI Chairman Imran Khan announced on Sunday that he will be arriving in Islamabad on May 25 for his party's much-anticipated long march and will meet his workers and supporters at 3pm at the Srinagar Highway.

Khan made the announcement while holding a press conference in Peshawar after concluding a meeting of the PTI's core committee. The former prime minister was flanked by several party leaders, including Shah Mahmood Qureshi and Mahmood Khan.

During the presser, Khan demanded a date for a fresh election as well as the dissolution of assemblies.

He also sent a message to the country's military and asked it to adhere to its promise of "neutrality."

At the beginning of the press briefing, Khan praised the progress his government made during its tenure and criticised the incumbent setup for pushing the country towards bankruptcy.

He then reiterated that despite his efforts, a United States-backed conspiracy, "hatched in connivance with the previous Opposition", ended up becoming successful in removing him.