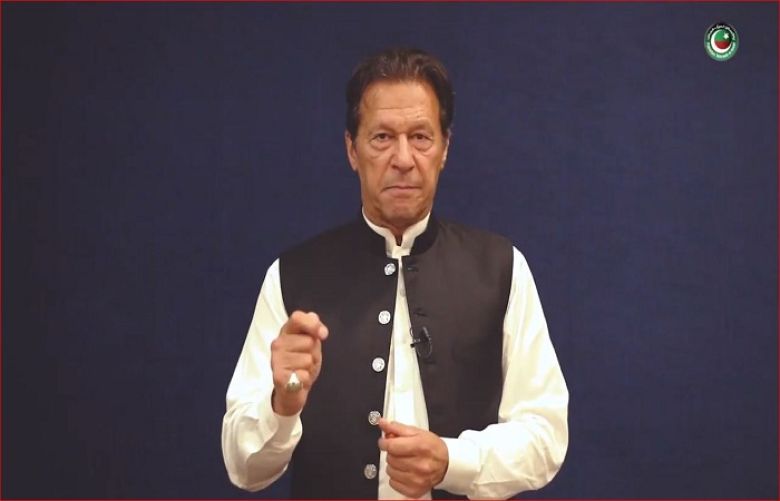 Ousted prime minister Imran Khan announced Saturday that the PTI would begin the anti-government march towards Islamabad in the last week of May.

"We will be giving this call to all Pakistanis, not just PTI supporters, as Pakistan has been insulted after the country's most corrupt people were imposed on us by a foreign power," Khan said in a video statement.

Former prime minister Khan was ousted from power on April 10 after the National Assembly voted against him on the no-confidence motion — making him the first premier to be voted out through the move.

Khan had repeatedly blamed the US for backing the no-confidence motion and has refused to accept newly elected PM Shehbaz Sharif, saying "there can't be any bigger insult to this country." The Joe Biden-led administration in the US, however, has denied the allegations.

In his message released today, the ex-prime minister said the preparations for the long march would begin on the eve of Eid-ul-Fitr and urged the youth to come out on the streets with PTI's flags in their hands.

"You will have to tell the world that Pakistan is a nation that is alive [...] and once the preparations begin, our next target will be Islamabad," the PTI chairman said.

Khan said he believed that a sea of people will storm Islamabad and give a clear message to the people: "From now on, no one from abroad can impose a corrupt government on us. Pakistani people will decide Pakistan's fate."

Moving on, the ex-prime minister said the PTI's Core Committee has decided to give the call as "60% of the people in the federal cabinet are on bail".

"The person who has become the prime minister is dubbed as the crime minister. His [family] has cases worth Rs40 billion pending in the FIA and NAB," Khan said.

The PTI chairman reiterated that such people being in power was an "insult" to Pakistan.