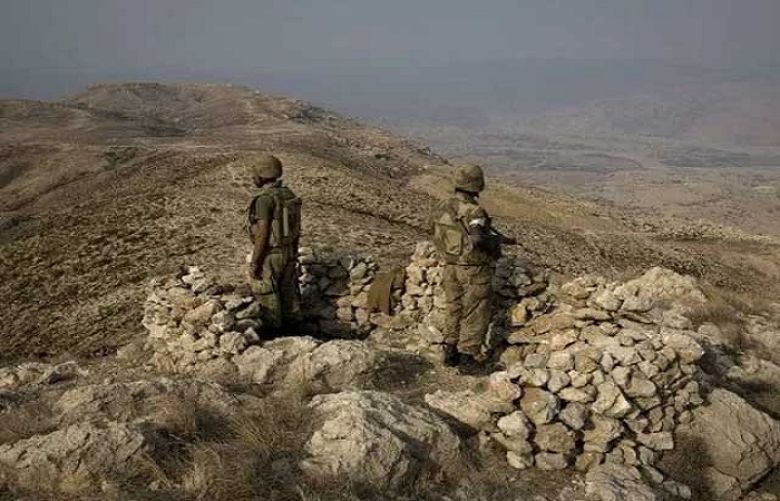 A Pakistan Army officer and a soldier embraced martyrdom during an exchange of fire between security forces and terrorists in Khyber-Pakhtunkhwa’s South Waziristan district, the military in a statement on Tuesday.

Troops effectively engaged the terrorist’s location and killed two militants. “Weapon and ammunition were also recovered from the terrorists,” it added.

A clearance operation is being carried out to eliminate any other terrorist found in the area. “Pakistan Army is determined to eliminate menace of terrorism and such sacrifices of our brave officers and soldiers further strengthen our resolve.”

Prime Minister Shehbaz Sharif strongly condemned the terrorist attack in the tribal area and paid tribute to the "sons of the nation who fought against terrorists and were martyred in defence of the motherland”.

Last week, two soldiers were martyred and an officer injured during an intelligence based operation (IBO) conducted by the security forces in Singi, near Mashkai in Balochistan.

According to the ISPR, the security forces conducted an operation in the area between the night of April 7 and 8 on information of the presence of terrorists.

“During the operation, two valiant sons of soil, Naik Tajwali and Sepoy Osama embraced Shahadat while one officer got injured,” the military’s media wing said.