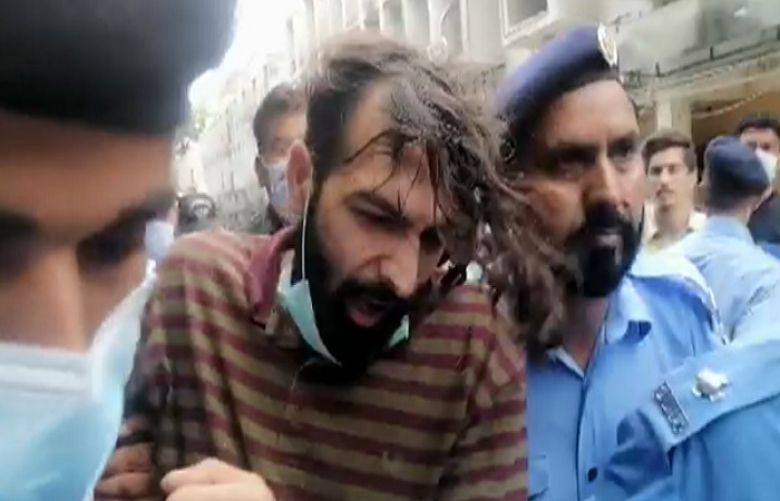 Father of murder victim Noor Mukadam, Shaukat Ali Mukadam, said in a court statement on Saturday that his daughter was killed unjustly and that the prime accused, Zahir Jaffer, "must be sentenced to death.

The statement was recorded during a hearing by District and Sessions Court Islamabad Judge Ata Rabbani.

The court ordered that Zahir and others appear before the court, after which the accused, his gardener and watchman were brought in.

After Noor's father recorded his statement, he was cross-examined by Zahir's lawyers.

Mukadam, who is a former Pakistani diplomat, remarked that he has appeared in court for the first time in his life.

Noor's father said that he has "no personal enmity with anyone".

He said that Noor had not informed him that she was going to Lahore.

"Normally she would inform me before going anywhere, although sometimes she would reach the place and then inform me," he told the court, adding that after she went missing, he contacted her friends, went to their houses and searched for her everywhere.

He said that the names of Noor's friends were not added to the FIR.

Mukadam said that Noor called him on July 20 to inform him that she was going to Lahore. "I did not search for her again," he said.

Noor's father said that there is no evidence that the mobile phone found at the scene belongs to his daughter.

According to Mukadam, he named the gardener, Jan Mohammad, on August 8 after viewing CCTV footage. In my statement then, I had said that the gardener "did not open the gate and continued to keep it closed".