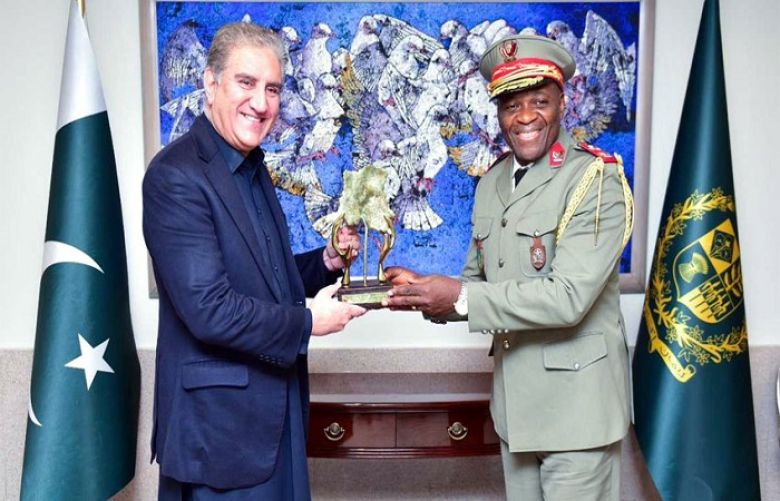 Foreign Minister Shah Mahmood Qureshi has said Pakistan is pursuing Engage Africa policy to strengthen its relations with all the African countries.

He was talking to the Commander in Chief of Armed Forces of Democratic Republic of Congo in Islamabad on Friday.

The Commander in Chief of Armed Forces of Congo commended the services of Pakistani troops deployed in the country under the auspices of the UN Peace Mission.

They also discussed cooperation in the areas of defense and security.