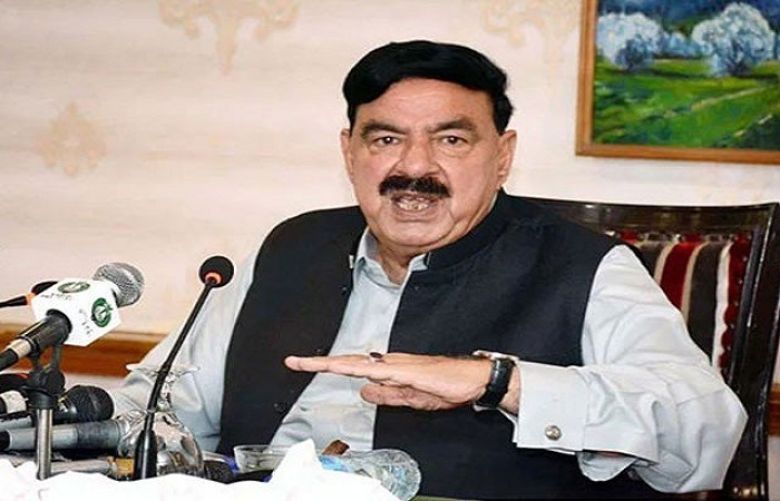 Proscribed Tehreek-e-Labbaik Pakistan (TLP) chief Saad Rizvi stood by the outfit's demand for expulsion of the French ambassador when I spoke to him, Minister for Interior Sheikh Rasheed said Thursday.

In contrast to Rasheed, Mufti Muneebur Rehman had earlier this week claimed that the proscribed TLP had never wanted the government to expel the French ambassador, and nor did they want the closure of the country's embassy as he disputed reports that these were the group's key demands.

Addressing a press conference in Karachi, Mufti Muneeb had said: "The ministers lied [...] the people who held talks with TLP lied about [the group] asking for the French ambassador's expulsion, closure of the embassy, and severing ties with the Europen Union."

Rasheed, while speaking to journalists today after attending a ceremony of Rescue 1122, said he had convinced Rizvi the matter of the ambassador's expulsion would be discussed in the parliament.

"In this regard, I have signed an [agreement], which I stand by," the minister said, adding he was unaware of any talks that took place in his absence.

Meanwhile, in a major development earlier in the day, the Punjab home department sent a summary to Chief Minister Punjab Usman Buzdar for the revocation of the TLP's proscribed status, to which an initial approval has been granted.

Following the chief minister and the provincial cabinet's nod, the federal government will be moved to do away with TLP’s proscribed status, the home department said in a statement.

The Punjab government has also decided to remove the names of at least 90 activists of the proscribed outfit from the fourth schedule — in compliance with a secretive deal between the government and the proscribed TLP.

On November 2, the government began implementing its accord with TLP, with reports suggesting that it had released more than 800 supporters of the party arrested across Punjab.

The government signed an accord with the proscribed outfit on Sunday, under which workers of the organisation who are not facing any formal criminal charges were to be released. The amnesty will also extend to the party's top leader, Saad Rizvi.