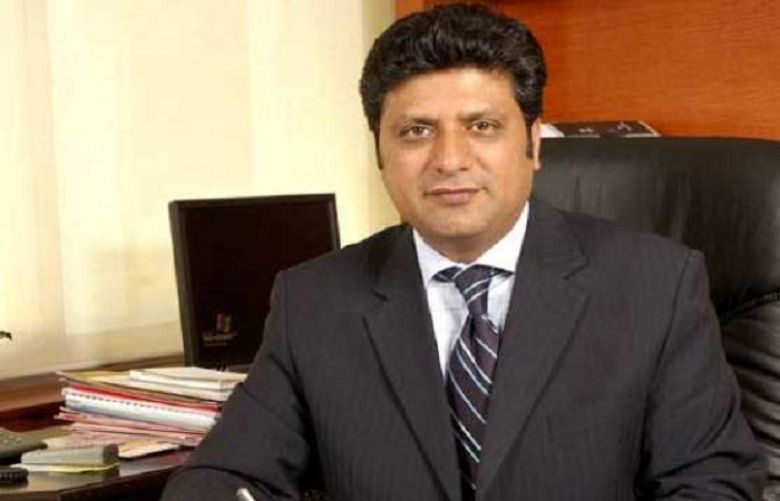 National Database and Registration Authority (NADRA) Chairperson Tariq Malik Friday explained that the recent controversy over the i-voting system and a letter written to the Election Commission of Pakistan (ECP) could be a result of a “misunderstanding”.

The NADRA head was responding to media queries at the Pakistan Embassy in Washington.

The ECP had taken strong notice of the tone adopted in a letter penned by the NADRA chairman to the electoral body.

“The Election Commission is a constitutional body and we are not ordering them. They can reprimand us,” Malik said.

He said that this could be a result of a misunderstanding as they prepared a strategy and shared a project plan on the ECP’s directives.

“The ECP gave a go ahead verbally after which the IT department sought permission. Technical people talk in technical terms and that could be the reason of a misunderstanding between the two state institutions.”

Malik said he would clear the matter when he returns to the country and added: “We had been cooperating with each other extensively.”

‘ECP not a subordinate of NADRA’

On Thursday, it was reported that the ECP regretted the tone adopted by NADRA Chairperson Tariq Malik in a recent letter penned about the progress on the i-voting system.

Malik, in the letter to the electoral body, asking it to make progress on the proposed system on i-voting.

The ECP, responding to the letter, stated that it is the responsibility of the commission to work on the new electoral system, but the tone adopted in the letter by NADRA is regrettable.

“The letter gave the impression like ECP is a subordinate of NADRA,” the letter read and added that the language used by the NADRA chairperson made it look like he was giving orders to the ECP.

The ECP asked why NADRA is looking for a new agreement of Rs2.4 billion for the i-voting project. Why did NADRA abandon the earlier project initiated for i-voting in the country in the middle even after spending Rs65.5 million, the ECP asked.

In response to ECP’s outburst, NADRA officials disclosed that the i-voting system earlier used was developed to be piloted by ECP in 4x by-elections for 38x constituencies in 2018.

It was ECP’s own decision to use it only in 2x by-elections in 2018. During that exercise, the role of NADRA was to provide technical support to ECP, whereas using the i-voting system was the sole discretion of the commission.

The i-voting system is already in place and currently in the custody of ECP. As per contractual obligations, the ECP was supposed to release the long outstanding Rs28.5 million to NADRA.

In a bid to ensure accountability and transparency, NADRA's chairperson had proposed a strategy and plan for a new i-voting system as per guidelines laid down by the Pakistan government, the federal cabinet, President of Pakistan, ECP, parliamentary committee, international auditors and other stakeholders.

The Election Commission will be independent of conducting i-voting for overseas Pakistanis. NADRA's servers and computers will not be used in this system.

NADRA has urged the ECP to progress positively on the proposed system with a view to meeting the project plan timelines as per the expectations of all stakeholders.