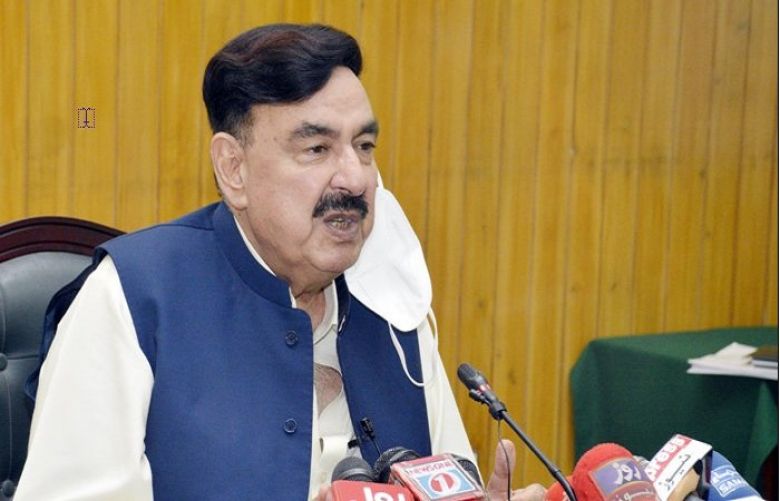 The Ministry of Interior has decided to register all foreigners residing in the country and facilitate the return of all those Pakistanis who are stuck at Torkham border.

Addressing the media on Thursday, Minister for Interior Sheikh Rasheed Ahmed said: “We have decided to register all foreigners present in the country. People having fake Afghan visas have been also arrested. Around 40 to 50 thousand people living in the country have no record for the last 70 years and every foreigner will now be registered.”

He said that an online visa service has been initiated which will ensure visas are issued to applicants within 30 days and cases have been forwarded to the Cabinet.

Rasheed noted that more than 4,000 Pakistanis are stuck at Torkham border who want to go to Saudi Arabia or other Middle East countries. He said he would talk to the National Command and Operation Centre (NCOC) and other concerned authorities to facilitate them in their return to the country.

The minister said that rapid coronavirus testing of the people stranded at the border would be conducted and those declared negative would be brought back to the country while the NCOC and Frontier Corps would decide about those declared positive.

He also appreciated the efforts of the NCOC for its effective strategy to combat the pandemic in Pakistan.

Sheikh Rasheed said that the matter of the outlawed Tehreek-e-Labbaik Pakistan would be forwarded to the Cabinet this week.

To a question, the minister said that the PTI would win general elections in Azad Kashmir.

"Imran Khan will also win the next general elections in the country and we will further improve our performance," he added.

The minister said that drugs were finding their way to Pakistan from other countries and strict action would be taken against those involved in drug peddling activities.

He said that no dialogue is possible with India until New Delhi restores the autonomous status of Jammu and Kashmir.