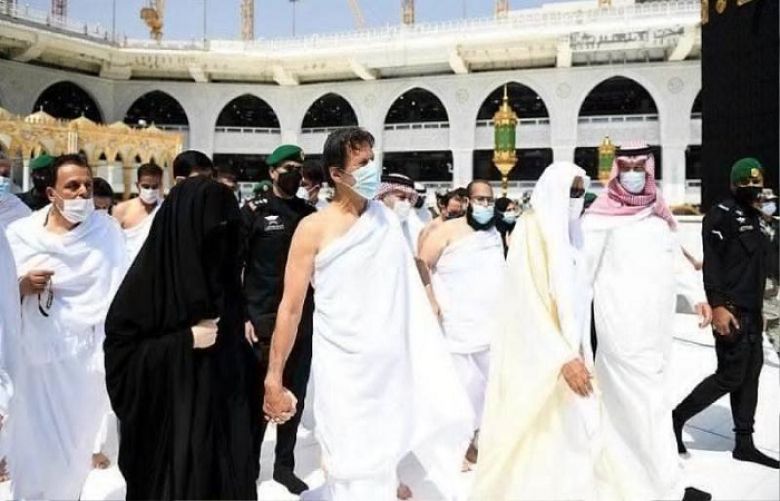 Prime Minister Imran Khan performed Umrah today (Sunday) on his visit to the holy city of Makkah during his three-day official tour to Saudi Arabia.

According to Radio Pakistan, the premier, before performing Umrah, was also given the opportunity to enter the Holy Kaabah "as the door was opened especially for him".

After the Umrah, PM Imran Khan met the Secretary General of the Organisation of Islamic Cooperation (OIC).

He was also scheduled to meet the Imam-e-Ka'aba and the head of the Muslim World League.

Later, he will address the Pakistani community at a ceremony regarding Roshan Digital Account in Jeddah.

A day earlier, the prime minister paid his respects at the Roza-e-Rasool (Peace be Upon Him), hours after he landed in Saudi Arabia's Madinah city.

"Prime Minister @ImranKhanPTI at Aqdam e Aaliya, while he's in Madina to pay respect at Roza E Rasoolﷺ," the PM's Office had said in a statement issued on Twitter.

Special Assistant to PM on Political Communications Dr Shahbaz Gill and Special Representative of the Prime Minister for Religious Harmony Maulana Tahir Ashrafi are also part of the delegation.