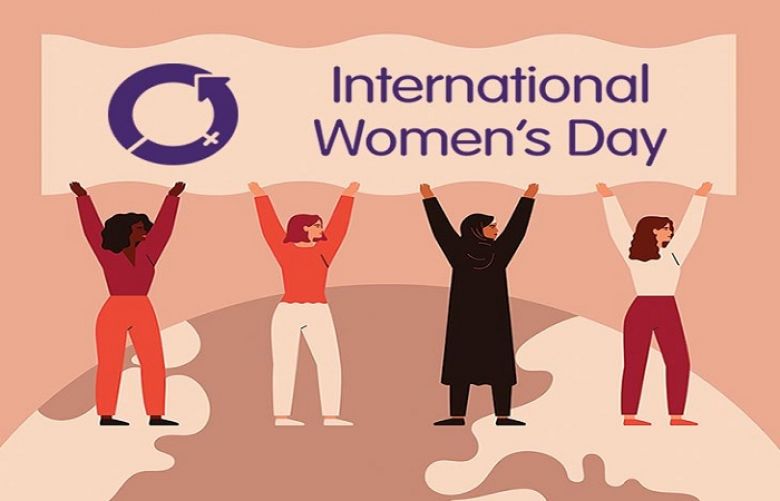 Pakistan will see Aurat March rallies and sit-in across various cities on Monday in line with International Women's Day, with women and gender minorities coming out on the streets to protest the oppression they face in society

In order to facilitate traffic, here are updates related to the routes and strategies from some of the cities organising the Aurat March 2021.

Karachi
In Karachi, the Aurat March organisers, in light of the COVID-19 pandemic, have instead put together the Aurat Dharna, which will ensure social distancing.

"6 foot ki doori, Magar inqilab zaruri (Please ensure 6-feet distance but the revolution is crucial)," they wrote in an update on the official Twitter account.

Let's take the patriarchy down together!

In addition, Aurat March Karachi have continued with their practice of being inclusive, working with the NOWPDP —an NGO working for the rights of differently-abled persons — to make the dharna more inclusive and accessible.

Aurat March aims to be an inclusive space. We have worked with NOWPDP to make the dharna more accessible. If you are a person with disability/hearing impairment, please note:

1. There will be a separate entrance for people with disabilities which will#AuratMarch2021 pic.twitter.com/bR15xnZLWR

Aurat March Karachi will be held at the metropolis' famed Frere Hall at 3pm.

Lahore
Aurat March Lahore's organisers have announced that the route for the rally will be "from Lahore Press Club to the front of the PIA building!"

"There is also a designated entry point for differently-abled and old people. It is the road between Governor House and Al Hamrah," they wrote on Twitter.

ROUTE FOR #AURATMARCHLAHORE 2021:
The route is from Lahore Press Club to the front of PIA building! There is also a designated entry point for differently abled and old people. It is the road between Governor House and Al Hamrah.
SOPs to be followed.
MONDAY, 8th MARCH AT 2 P.M. pic.twitter.com/j424kmJ6F3

The organisers stressed the importance of the coronavirus-related standard operating procedures (SOPs), which, organisers say, are mandatory to follow.

The event will commence at 2pm.

Islamabad
The Aurat Azadi March 2021 has been scheduled to start at 1pm on Monday, with the main event to start at the Islamabad Press Club.

Join us this 8th of March, 2021, as we march for the preservation of life.
Islamabad Press Club, 1:00 pm#OurDemands#AuratAzadSamajAzad#AuratAzadiMarch2021 pic.twitter.com/WbEShZmBEM

Quetta
Aurat March organisers in Quetta have announced that they will hold the Aurat Azadi Conference at 3pm at the Quetta Press Club, where women and gender minorities will gather to voice their concerns and issues.

In the follow up to the March, organisers created polls asking if people were planning to attend the Aurat Azadi Conference and who they would bring alongside.

Multan
Multan will hold its second Aurat March this year, with the aim of "fighting patriarchy and Covid-19 simultaneously".

The rally will start at the Nawa Shehar Chowk, go through the LMQ Road and Abdali Road, with the main event and speeches scheduled to be held at the Multan Press Club.

Aurat March Multan will take place on International Women's Day 8th March 2021. It will initiate from Nawa Shehar Chowk Multan and continue till the Press Club. This year we are fighting patriarchy and Covid-19 simultaneously. So wear a mask and sanitise your hands. pic.twitter.com/cADsLvBODq

Professor Dr Arfana Mallah said the Women Freedom March will raise voice for women's rights and to condemn violence and harassment against them.

Dr Mallah appealed the people belonging to all walks of life to participate in the march to condemn harassment against women and molestation of innocent, minor girls in the country.