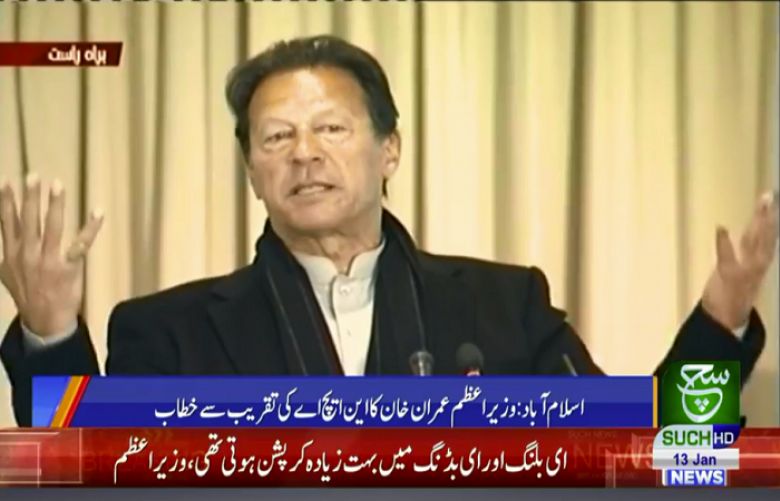 Prime Minister Imran Khan said Wednesday that when the head of state is involved in corruption then the country's entire machinery that works under him is affected.

The prime minister was speaking at the inauguration ceremony of the e-bidding, e-billing, and GIS Mapping system under the National Highway Authority.

The prime minister, speaking about the NHA's initiative, said that the corruption in the tenders and bidding would lessen through the institutions' new measures.

"We will ask other ministries to also shift towards e-governance," he said.

These modern systems were rolled out 20-years ago, the premier said, adding: "The people who take advantage of an outdated system do not want it to improve."

He highlighted that through automation, the world was able to curtail corruption. "Unfortunately, we have accepted this corrupted system."

"Only a self-reliant and honest nation deserves respect," the prime minister said.

He lamented that when the head of state is dishonest, it affects the entire system. "Failure to acknowledge corruption is worse than being corrupt."

The prime minister, refraining from naming anyone, said that a Pakistani politician had transferred $1billion from Saudi Arabia to London.

"The country is surviving on loans, while people have acquired assets in foreign countries."