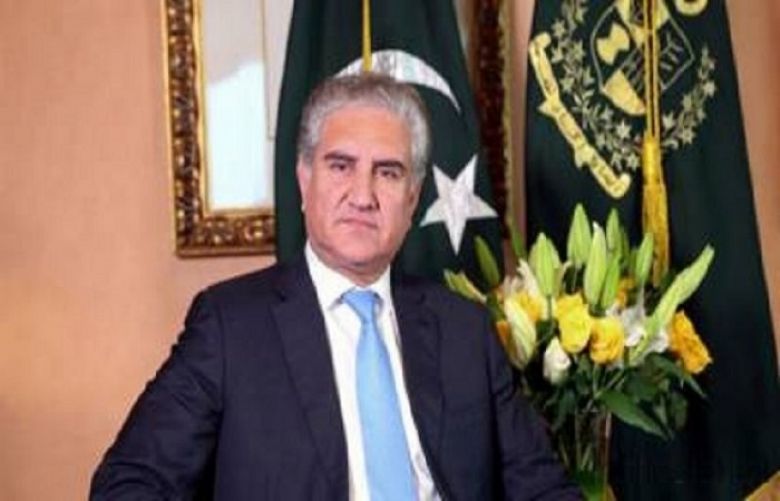 Foreign Minister Shah Mahmood Qureshi has said that India is trying to defame Pakistan through fake non-governmental organisations (NGOs) and a website which was exposed by European Union (EU).

Shah Mahmood Qureshi, while talking to journalists in Multan today, said that India has always tried to target Pakistan whenever it gets chance.

The foreign minister said that he and the Director-General Inter-Services Public Relations (DG-ISPR) had placed a dossier before the world which exposed India’s nefarious plans against Pakistan. He added that India is fueling terrorism by backing terrorists and others to carry out anti-state activities in Pakistan.

“The dossier had been shared with P5 and non-permanent members of the United Nations Security Council (UNSC). The documents shared with the name of India Chronicles are being discussed these days. India is trying to defame Pakistan through the fake website and NGOs. The revelations were not made by Pakistan but the European Union (EU) which exposed the real face of India.”

Qureshi said that his press conference in Abu Dhabi was aiming to give a message to India that Pakistan is fully aware of New Delhi’s plans for the false flag operation and surgical strike. He urged that the international community to take notice of the irresponsible attitude of a nuclear power which could endanger global peace.

The foreign minister said that Pakistan will give a befitting response to any misadventure of India.

Regarding his recent visit to the United Arab Emirates (UAE), Shah Mahmood Qureshi said that he heard the stance of the UAE government regarding Israel. The foreign minister added that he clarified the stance of Pakistan that making contact with Israel was impossible until the resolution of Palestine dispute.

He said that he held meetings with UAE rulers in Dubai where they discussed important matters related to bilateral ties, coronavirus pandemic, Afghanistan reconciliation process and visa suspension. Qureshi said that the decision for visa suspension in UAE was temporary which will be ended soon. He added that UAE and Saudi Arabia have not considered India as an alternative to India.

While commenting on the pandemic crisis, Qureshi said that many countries including Britain have once again strictly implemented standard operating procedures (SOPs) to curb the virus spread. He said that Pakistan is also facing the second wave of the pandemic which is becoming more dangerous than the previous one.

When questioned about the opposition’s anti-government movement, Qureshi replied that Pakistan Democratic Movement (PDM) leaders should think about national agenda instead of running their own political agendas.

Shah Mahmood Qureshi, who is also Sajjada Nasheen of the shrine, performed traditional ‘ghusl and chadar-poshi’ ceremony which was also attended by other members of national and provincial assemblies.