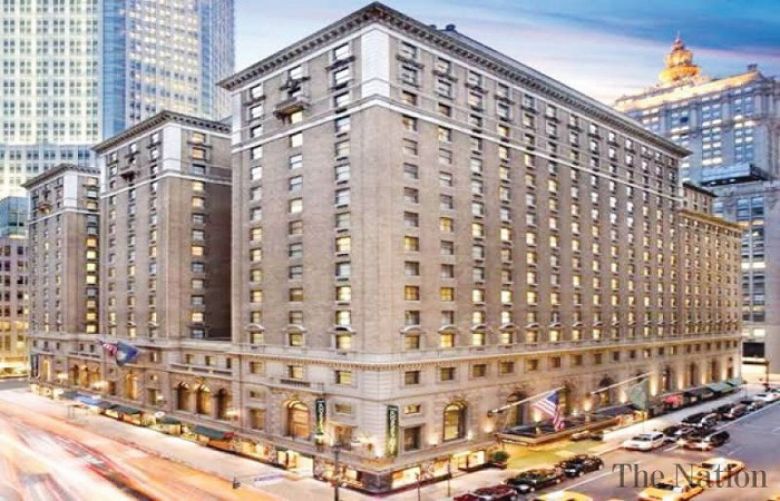 CEO Pakistan International Airlines (PIA), said the Roosevelt Hotel in New York is not being sold, however, it would be shut down for renovation and reconstruction purposes by December 31, Air Marshal Arshad Malik.

While briefing Senate Standing Committee on Aviation that was chaired by Senator Mushahidullah Khan, Malik said: “The PIA has approached the privatisation commission through the federal government, which will hire a financial consultant via an international tendering process to devise the future course of action, considering all the available options.”

“It will be decided later whether necessary renovation or repair work be carried out or the existing building is demolished for reconstruction and raising a 100-story hotel for which local bylaws are conducive.”

The statement from the PIA chief came after the Roosevelt management announced earlier this month that the hotel will close its door permanently on October 31.

"Due to the current economic impacts, after almost 100 years of welcoming guests to 'The Grand Dame of New York' The Roosevelt Hotel is regretfully closing its doors permanently as of October 31, 2020," the notice published on the website had said.

The PIA chief informed the senators that the declining situation of the business got worsened due to the on-going coronavirus pandemic and could increase the company’s losses to $6 million/year.

Chairman of the committee Senator Mushahidullah Khan, said that the PIA should consider reopening of the routes where the COVID-19 issues are under-control – especially countries like Japan and China.

Khan said his committee would support the positive development and initiatives of the PIA administration for the betterment of its services as the airliner was passing through a tough time.

In 1999, Senator Khan said, it acquired 100% shareholding at $36.5 million from its own resources and without any aid from the government.

The property had more than a thousand rooms, having an area of 43,313 square feet, and it was run by the world’s premier Hotel Management Company ‘Interstate Hotel and Resorts’ USA.

The committee was told that the current market value of the hotel, assessed by M/s Deloitte, was $662 million based on the highest and the best use.

The financial position of the hotel had been in the ‘Red’, mainly due to debt servicing, unionisation, dilapidated building, infrastructure, rooms, and public area conditions, which needed immediate upgrade and major repairs in the life of severe weather conditions.