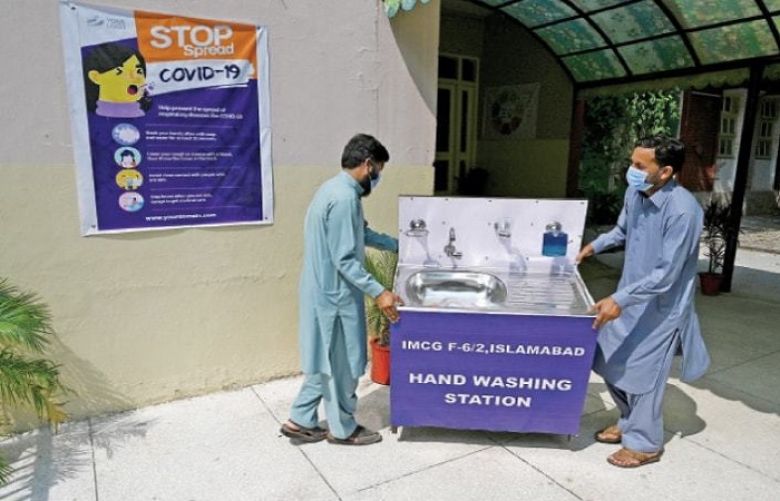 With two more educational institutions were sealed on Monday following emergence of Covid-19 cases, the tally of school buildings sealed since September 14 has reached 21.

Officials of the capital administration said a private school at Tarlai and a government school at F-6/2 were sealed after two or more confirmed cases of the virus were detected there. The buildings have been vacated and sealed to avid the spread of the virus among staff and students.

The administrations of the schools were asked to advise the staff and students to quarantine for 14 days.

The confirmed cases are being investigated by teams from the District Health Office to trace their contacts.

Since Sept 14, over 11,000 tests have been conducted at government and about 10,500 at private institutes

So far, 25 buildings have been sealed in the capital upon detection of Covid-19 positive cases, including 21 educational institutes.

On Monday, there was a decrease in the number of confirmed cases compared to Sunday.

The officials said 35 people tested positive on Monday compared to 86 on Sunday.

Besides, another patient died of the virus, taking the toll to 189.

Six cases were reported from other areas, they added.