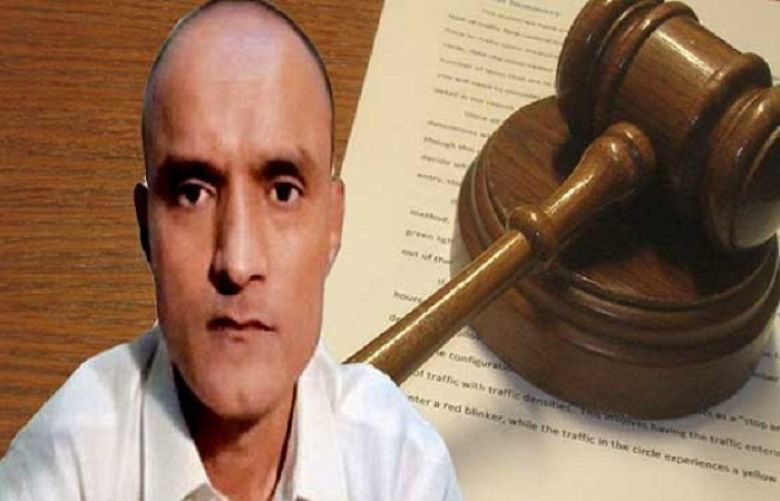 The Islamabad High Court (IHC) granted on Thursday another opportunity to New Delhi and Kulbhushan Jadhav to clarify their stance on pursuing the case before the federal capital’s high court.

The direction came after the Attorney General for Pakistan (AGP) Khalid Javed Khan informed the IHC’s larger bench, comprising Chief Justice IHC Athar Minallah, Justice Aamer Farooq and Justice Miangul Hassan Aurangzaib, that the Government of Pakistan has not yet received a reply from the Indian Government.

He added that Indian spy Commander Kulbhushan Jadhav has maintained that he does not want to take the benefit of the International Court of Justice (Review and Reconsideration) Ordinance, 2020, for an effective review of the case, and requested considering his mercy plea, already pending before the Pakistan Army chief.

When the case was taken up, the AGP said that it appears that the Indian government was not interested in availing the opportunity of legal representation and its "focus is on embarrassing Pakistan".

A prompt response came from the Ministry of External Affairs in the past, said the AGP, adding, that a month has passed since the Islamabad High Court (IHC) directed the incumbent government to offer another chance of legal representation to New Delhi, but no reply was received.

The AGP observed that Pakistan is continuing the process of implementing the ICJ judgment but, apparently, India is busy obstructing the right to review.

“In order to remove any doubt, and to fulfill the requirements of a fair trial, we feel that another opportunity ought to be extended to the Government of India to consider taking appropriate measures so as to ensure effective compliance with the judgment of the International Court. It is also important to give an assurance to Commander Jadhav that his rights, particularly the right to a fair trial, is an integral factor of an effective review and reconsideration for a meaningful compliance with the judgment of the International Court. We, therefore, yet again restrain ourselves from proceeding in the matter in hand,” the court order stated.

To ensure effective review and reconsideration so as to give effect to the judgment of the international court, the court has directed the Attorney General for Pakistan to ensure that a copy of the order is provided to Commander Jadhav.

In addition, the court order stated that the Government of Pakistan shall, once again, convey the orders passed in this petition to the Government of India to enable the latter to consider taking appropriate measures in order to ensure compliance with the judgment of the international court.

The larger bench also stated that the IHC Registrar shall send copies of the petition and documents placed on the record to the amici curiae, appointed vide last order.

“They are expected to assist the court on the status of compliance with the judgment of the International Court in the event that Commander Jadhav or the Government of India decide against availing the remedy provided under the Ordinance of 2020,” the order read.

The Attorney General informed the court that “he has been informed by the officials of the Government of Pakistan that Commander Jadhav has reiterated his earlier stance and has preferred to pursue the remedy of clemency instead of invoking his right under the Ordinance of 2020.”

The order revealed that the court inquired from the IHC's registrar whether an enrolled counsel had filed a power of attorney on behalf of the Government of India, and the response was in the negative.

The hearing was adjourned till October 6.

Jadhav, a serving commander in the Indian Navy and working for India’s Research and Analysis Wing (RAW), was arrested on March 3, 2016, in Balochistan on charges of espionage, and condemned to death by a military court the following year.