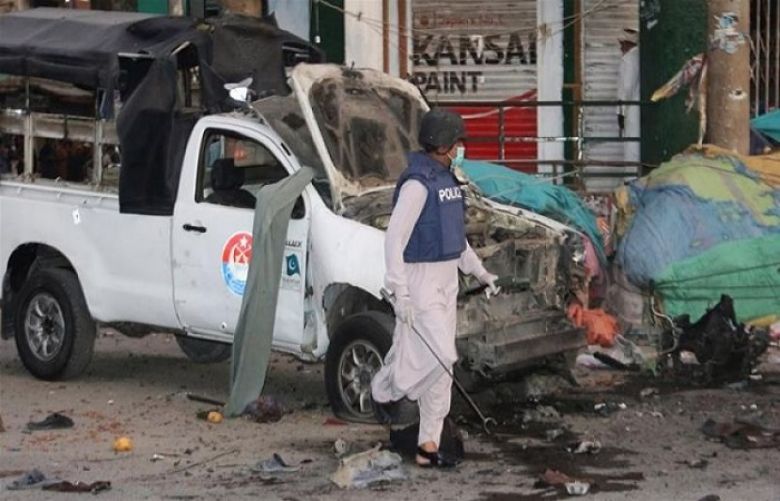 At least one policeman was martyred and three others injured in an exchange of fire with suspected terrorists in Balochistan’s Loralai district on Monday evening, an official said.

One suspected militant blew himself up and another one was killed by police during the exchange of fire.

However, one of the militants blew himself up and the second was shot dead in retaliatory firing by police.

Three policemen were injured during the exchange of fire, SHO Rehman said. They were rushed to District Hospital Loralai for emergency treatment.